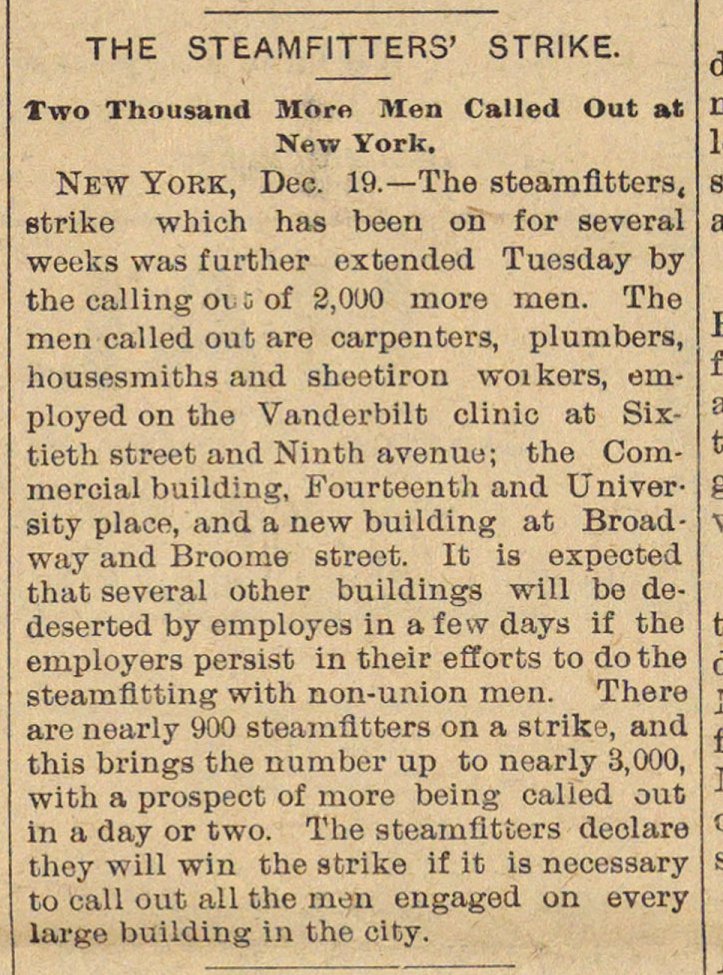 New York, Deo. 19. - The steamfltters, strike which has been on for several weeks was further extended Tuesday by the calling 01 o of 2,000 more men. The men called out are carpentcrs, plumbers, aousesmiths and sheotiron wolkers, employed on the Vanderbilt clinio at Six;ieth street and Ninth avenue; the Commercial building, Fourteenth and University place, and a new building at Broadway and Broome street. It is expected that several other buildings will be dedeserted by employés in a few days if the employers persist in their efforts to do the stoamfltting with non-union men. There are nearly 900 steamfltters on a strike, and this brings the numbor up to nearly 3,000, with a prospect of more being called out in a day or two. The steamfltters deolare thoy will win the strike if it is necessary to cali out all the mon engaged on every large building in the city.