The Horse As A Fighter 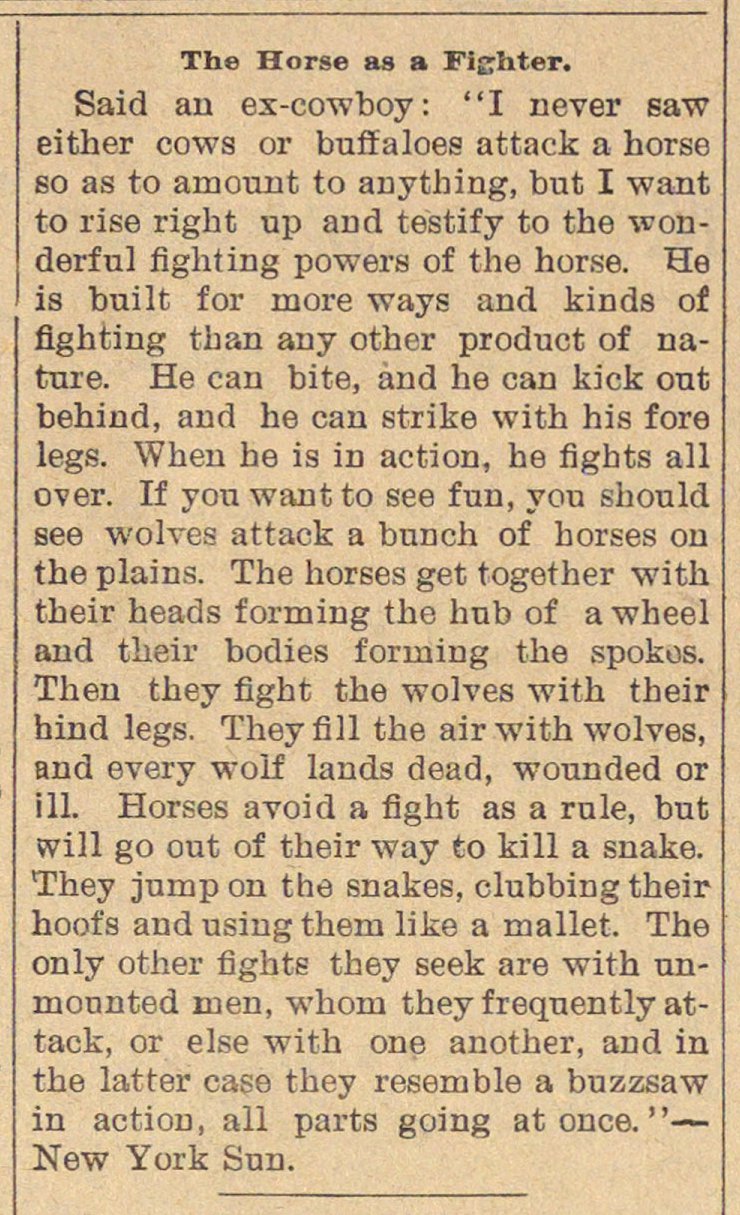 Said au ex-cowboy: "I never saw either cows or buffaloes attack a horse so as to amount to anything, but I want to rise right up and testify to the wonderful flghting powers of the horse. He is built for more ways and kinds of flghting than any other product of nature. He can bite, ánd he can kick out behind, and he can strike with his fore legs. When he is in action, he fights all over. If yon want to see fun, you should see wolves attack a bunch of horses on the plains. The horses get together with their heads forming the hnb of a wheel and their bodies forming the spokos. Then they fight the wolves with their hind legs. They fill the air with wolves, and every wolf lands dead, wonnded or i 11. Horses avoid a fight as a rule, but will go out of their way to kill a snake. They jump on the snakes, clubbing their hoofs and using thera like a mallet. The only other fights they seek are with unmounted men, whoni they frequently attack, or else with one another, and in the latter case they resemble a buzzsaw in action, all parts going at once. "-