Made His Little Boy Drunk 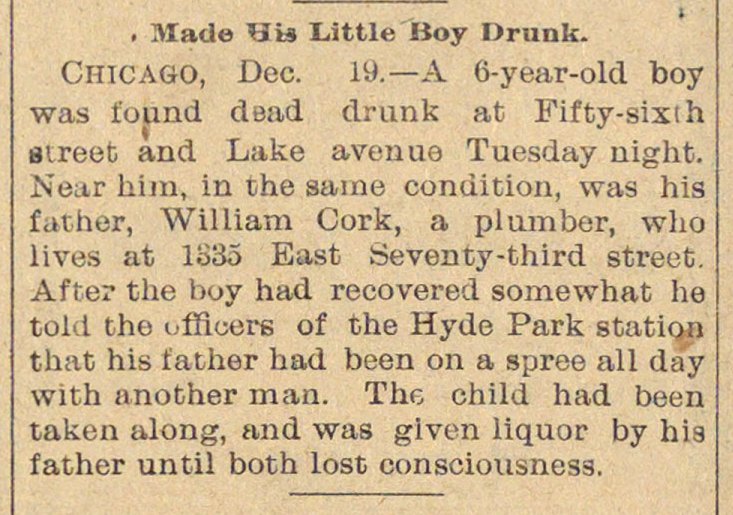 Chicago, Dec. 19.- A 6-year-old boy was íound dead drunk at Fifty-sixth mreet and Lake avenue Tuesday night. Nií.ir kim, in the saine condition, was his íavher, William Cork, a plumber, who lives at 1S35 East Seventy-third street. Afte? the boy had recovered somewhat he told the offioers of the Hyde Park station that his ïather had been on a spree all day with another man. The child had been taken along, and was glven liquor by his father until both lost consciousness.