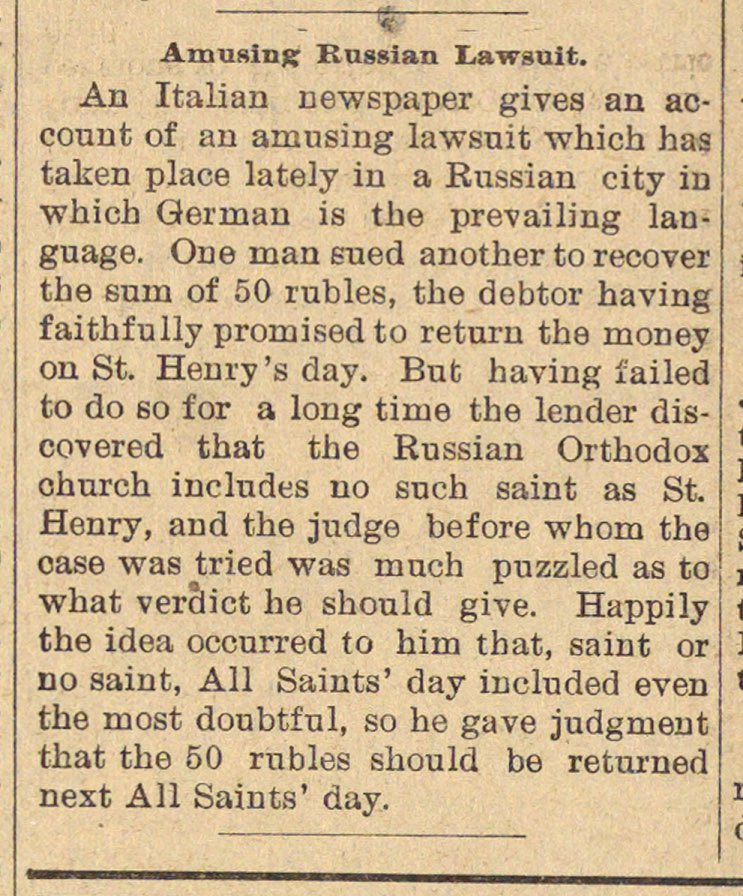 An Italian newspaper gives an account of an amusing lawsuit which has taken place lately in a Russian city in which Germán is the prevailing language. One man sued another to recover the suin of 50 rubíes, the debtor having faithfully promisedto return the money on St. Henry 's day. But having f ailed to do so for a long time the lender discovered that the Russian Orthodox ohurch includes no such saint as St. Henry, and the judge before whom the oase was tried was much puzzled as to what verSict he should give. Happily the idea occnrred to him that, saint or no saint, All Saints' day included even the most doubtful, so he gave judgment that the 50 rabies should be returned next All Saints' day.