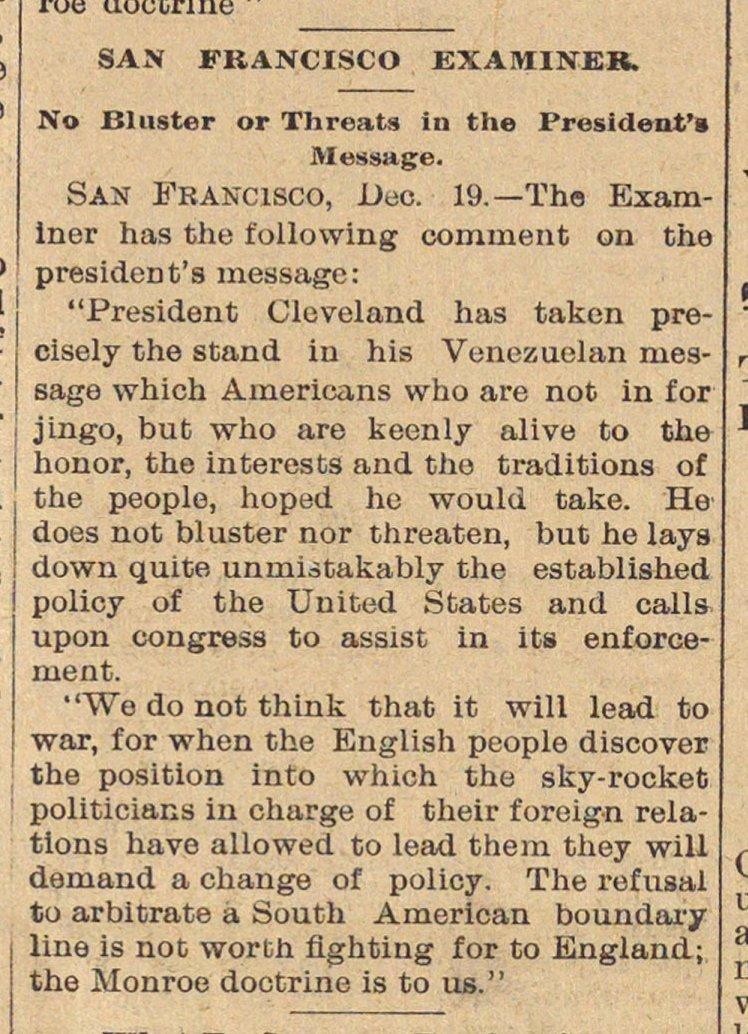 San Francisco, Dea 19.- The Examiner has the ïollowing comment on the presiden t's message: "President Cleveland has taken precisely the stand iu his Venezuelan message which Americans who are not in for jingo, but who are keenly alive to the honor, the interests and tho traditioas of the people, hoped he would take. Ha does not bluster nor threaten, but he lays down quite uninistakably the established poliey of the United States and calis upon congress to assist in its enforcement. "We do not think that it will lead to war, for when the English people discover the position into which the sky-rocket politicians in charge of their foroign relations have allowed to lead them they will demand a change of poliey. The refusai to arbítrate a South American boundary line is not worth flghting for to England; the Monroe doctrine is to us."