A City Lock Up 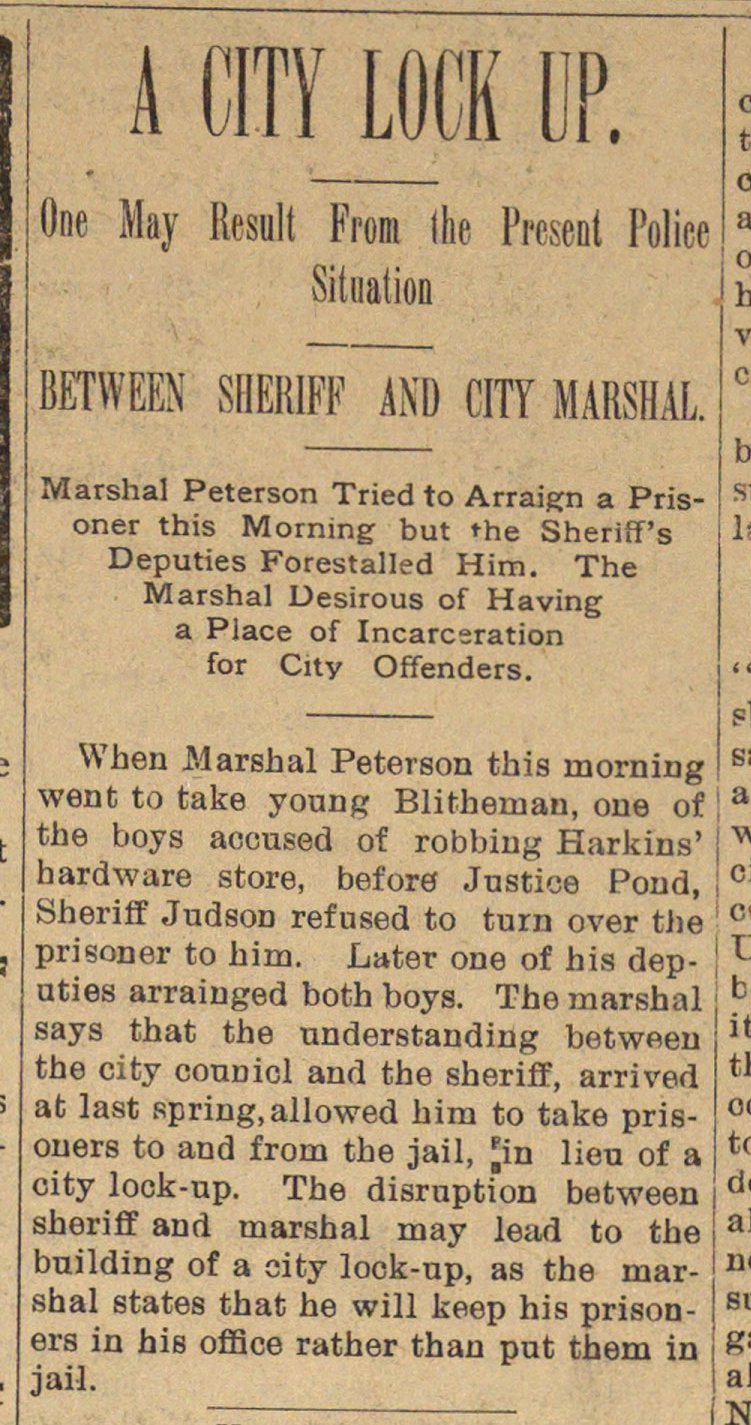 When Marshal Peterson this rnorning went to take young Blithernan, oue of the boys acoused of robbiug Harkins' hardware store, before Jnstice Pond, Sheriff Judson refused to turn over the prisoner to him. Later one of his deputies arrainged both boys. The marshal says that the understanding between the city coudícI and the sheriff, arrived at last spring, allowed hira to take prisoners to and from the jail, in lieu of a city lock-np. The disrnption batween sheriff and marshal may lead to the building of a city lock-np, as the marshal states that he will keep his prisoners in his office rather than put them in jail.