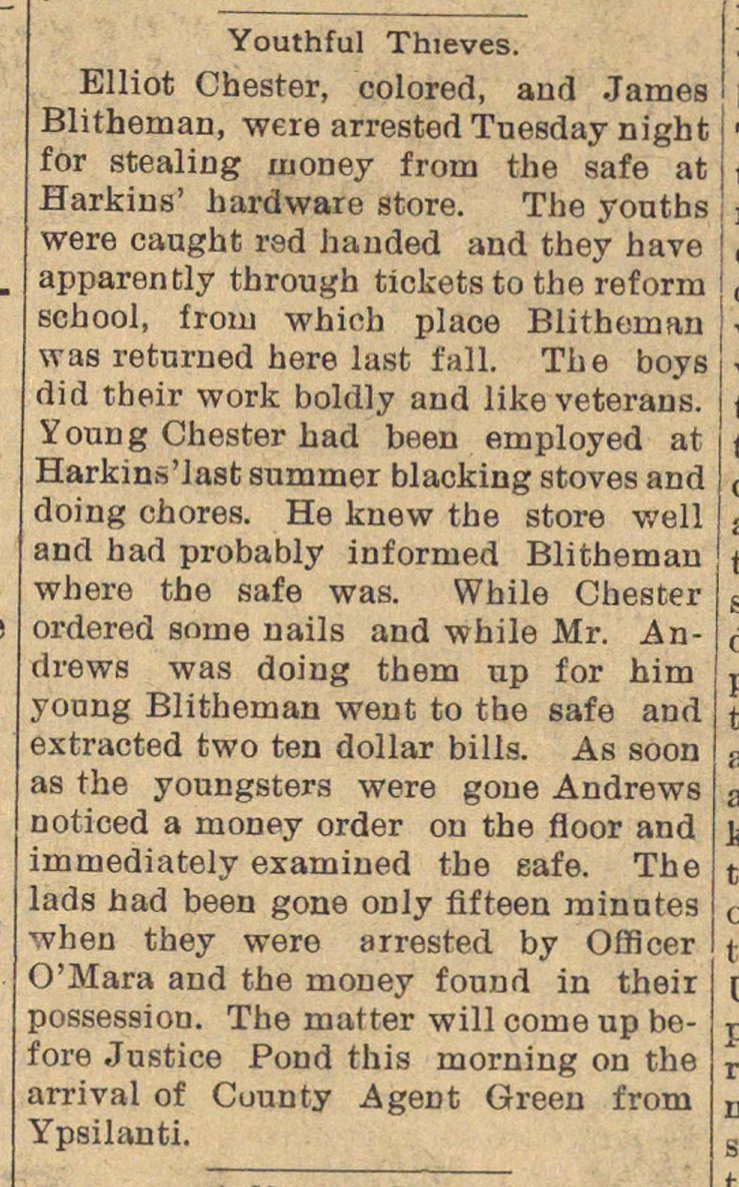 Elliot Chester, colored, and James Blitheman, were arrested Tnesday night for stealing money froru the safe at Harkius' hardware store. The yonths were caught red hauded and they have apparently through tickets to the reform school, from which place Blitheman was returned here last f all. The boys did tbeir work boldly and like veterans. Young Chester had been employed at Harkins'last summer blacking stoves and doing chores. He knew the store well and had probably inforrned Blitheman where the safe was. While Chester ordered some nails and while Mr. Andrews was doing tbera up for him young Blitheman went to the safe and extracted two ten dollar bilis. As soon as the youngsters were goue Andrews noticed a money order on the floor and mmediately examined the eafe. The ads had been gone only fifteen minutes when they were arrested by Offlcer O'Mara and the money found in their )ossession. The matter will come up be'ore Justice Pond this morning on the arrival of County AgeDt Green from Ypsilanti.