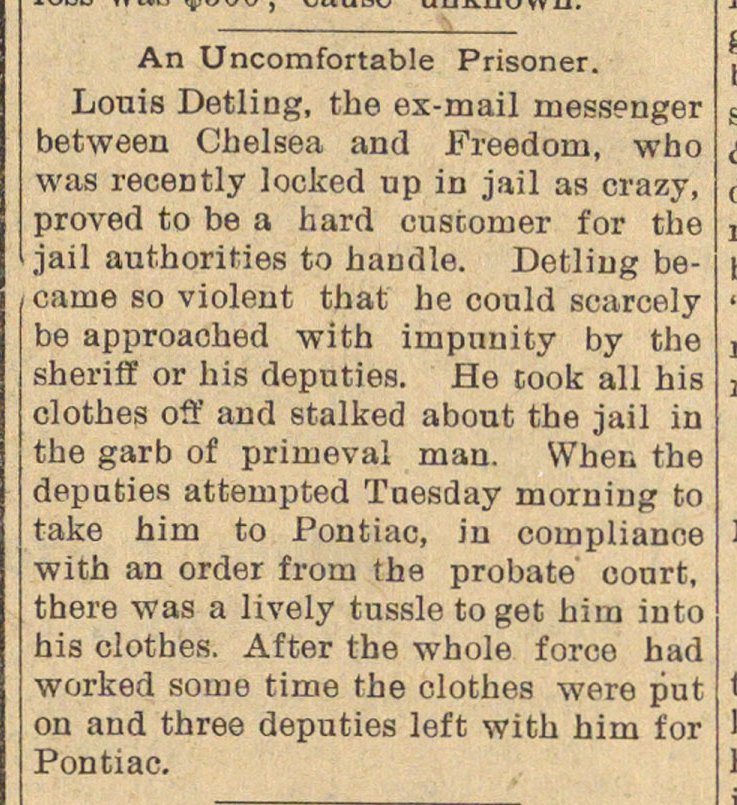 Louis Detling, the es-mail niessenger between Chelsea and Freedom, who was receDtly locked np in jail as crazy, proved to be a hard customer for the jail authorities to handle. Detliug became so violent that he could searcely be approaohed with iinpnnity by the sheriff or his depnties. He cook all his clothes off and stalked about the jail in the garb of prirueval man. Wheu the deputies attempted Tuesday morning to take him to Pontiac, in complianoe with an order from the probate oonrt, there was a lively tussle to get him into his clothes. After the whole force had worked some time the clothes were put on and three deputies left with him for Pontiac.