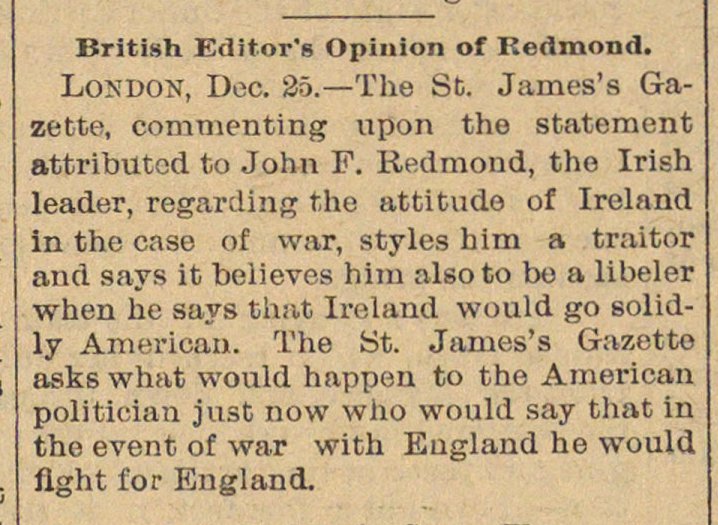 London, Dec. 25. - The Sb. James' s Gazette, commenting upon the statement attributod to John F. Redmond, the Irish leader, regardlng the attitude of Ireland in the case of war, styles him a traitor and says it believes hini also to bo a libeler when e says thut Ireland would go solidly American. The St. James's Gazctto asks what would happen to the American polltioian just now wlio would say that in the event of war with Eugland he would flght for England.