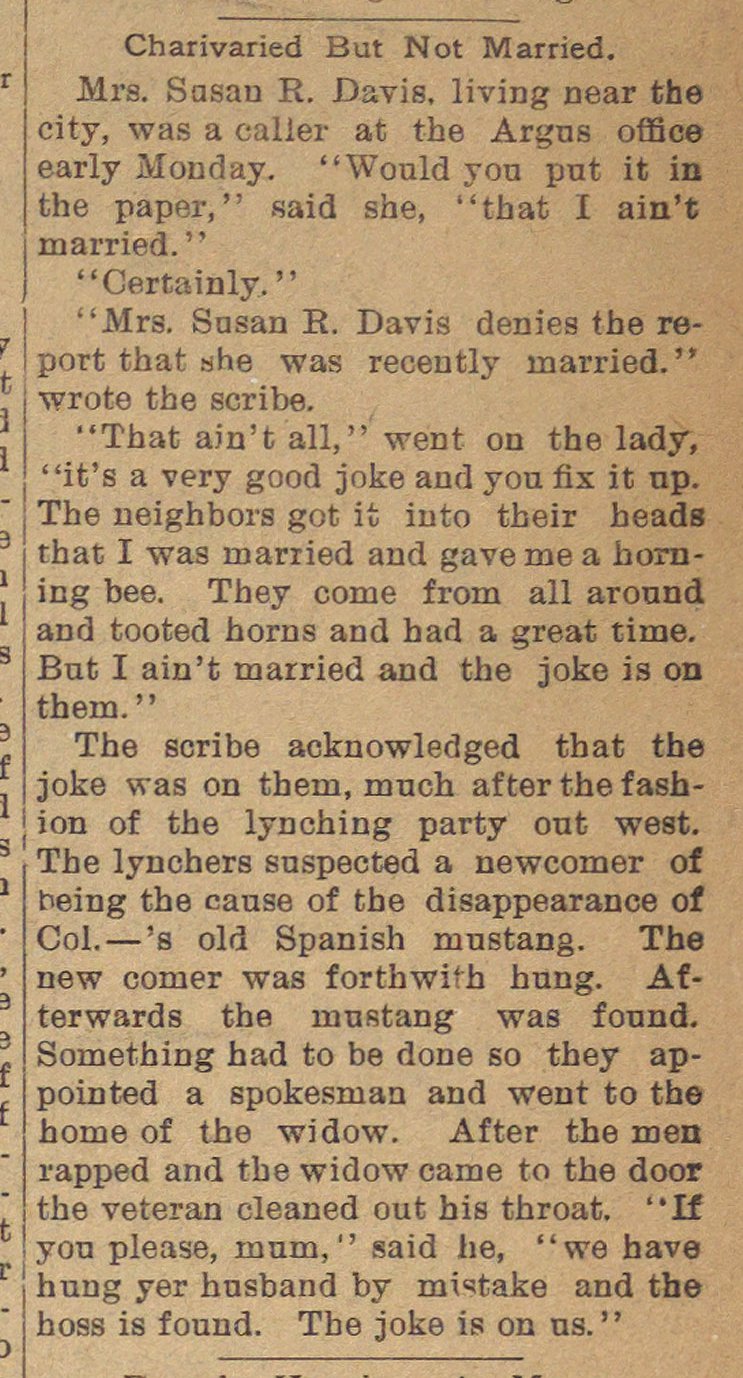 inrs. casan n. jjavis, living near tne city, was a ealler at the Argns office early Monday. "Would you pnt it in the paper," said she, "that I ain't i married." j "Certainly." "Mrs. Snsan E. Davis denies the report that she was recently rnarried. " j wrote the scribe. "That ain't all," went on the lady, "it's a very good joke and you fix it up. j The neighbors got it iiito their heads i that I was married and gave me a horning bee. They come from all around and tooted horns and had a great time. Bat I ain't married and the joke is on them." The scribe acknowledged that the joke was on them, much af ter the f ashj ion of the lynching party out west. The lynchers suspected a newcomer of tieing the cause of tbe disappearance of Col. - 's old Spanish mustang. The new comer was forthwi'h hung. Afterwards the mustang was found. Something had to be done so they appointed a spokesman and went to the home of the widow. After the men rapped and the widow came to the door the veteran cleaned out his throat. "If ! you please, inum, " said he, "we have i hung yer husband by mitake and the hoss is found. Tbe joke is on us. "