Brought Happiness To Many 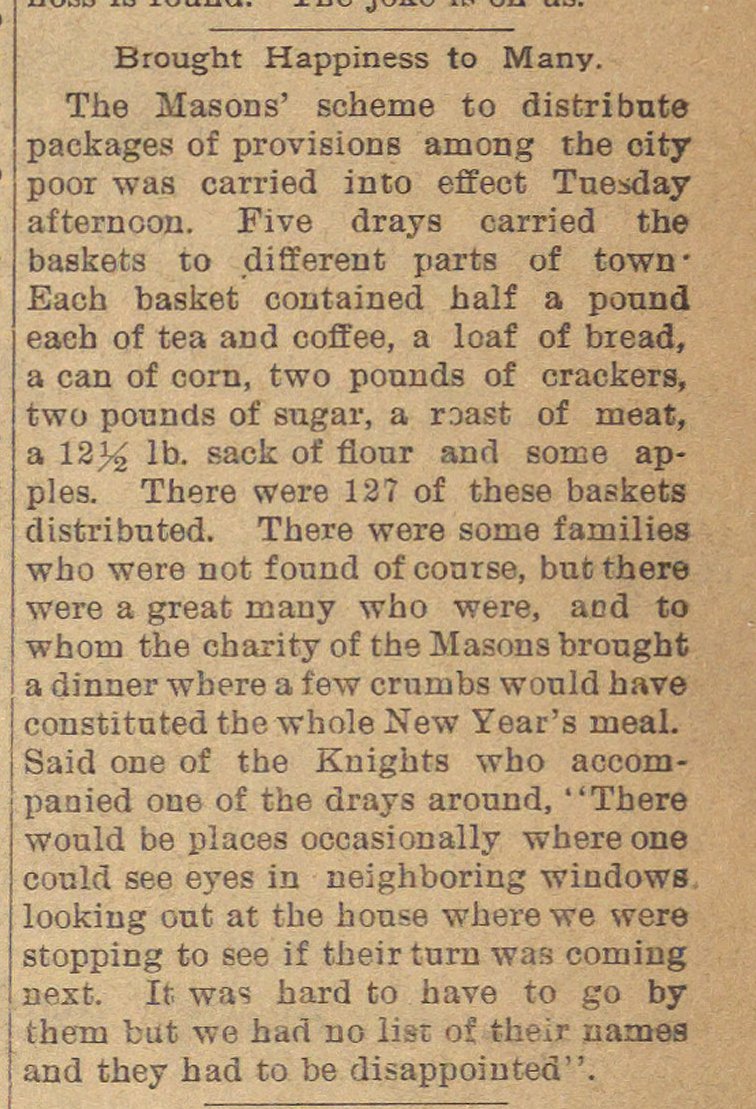 The Masons' scheme to disfcribute packages of provisions among the city poor was carried into effect Tuesday afternoou. Five drays carried the baskets to different parta of towrr Each basket contained half a pound eaeh of tea and coffee, a loaf of bread, a can of corn, two ponnds of crackers, two pounds of sugar, a raast of meat, a 12% Ib. sack of flour and sorne apples. There were 127 of these baskets distributed. There were some families who were not found of conrse, but there were a great many who were, aod to vrhom the charity of the Masons bronght a dinner where a few crnrubs wonld have constituted the whole New Yeac's meal. Said one of the Knights who accompaaied one of the drays aronnd, "There would be places occasionally where one could see eyes in neighboring windows looking out at the house where we were stopping to see if their turn was coming nest. It was hard to have to go by them bdt we had no list of their aaines and they had to be disappointed".