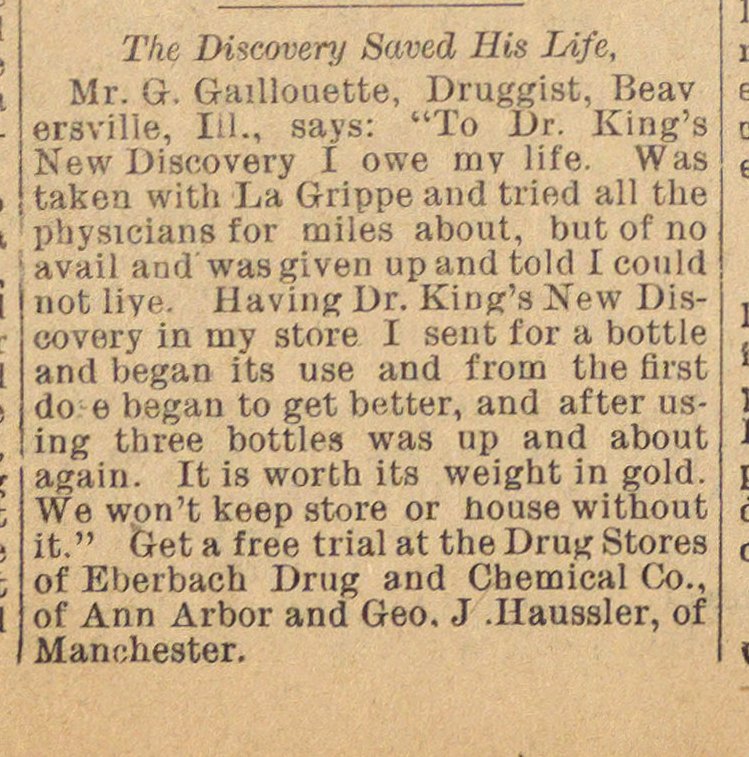 The Discovery Saved His Life, Mr. G. Gaillouette, Druggist, Beav ersville, til., says: "To Dr. King's New Discovery Í owe rnv 1 f e. Was taken with La Grippe and tried all the pbysiclans for miles about, but of no avail and' was gi ven upand told I could not live Having Dr. Kiug1 New Discovery in my store I sent for a bottle and began its use and from the flrst do e began to get better, and af ter using three bottles was up and about again. It is worth its weight in gold. We won 't keep store or nouse without it." Get a free trial at the Drug Stores of Eberbach Drug and Chemical Co., of Ann Arbor and Geo. J .Haussler, of Manchester.