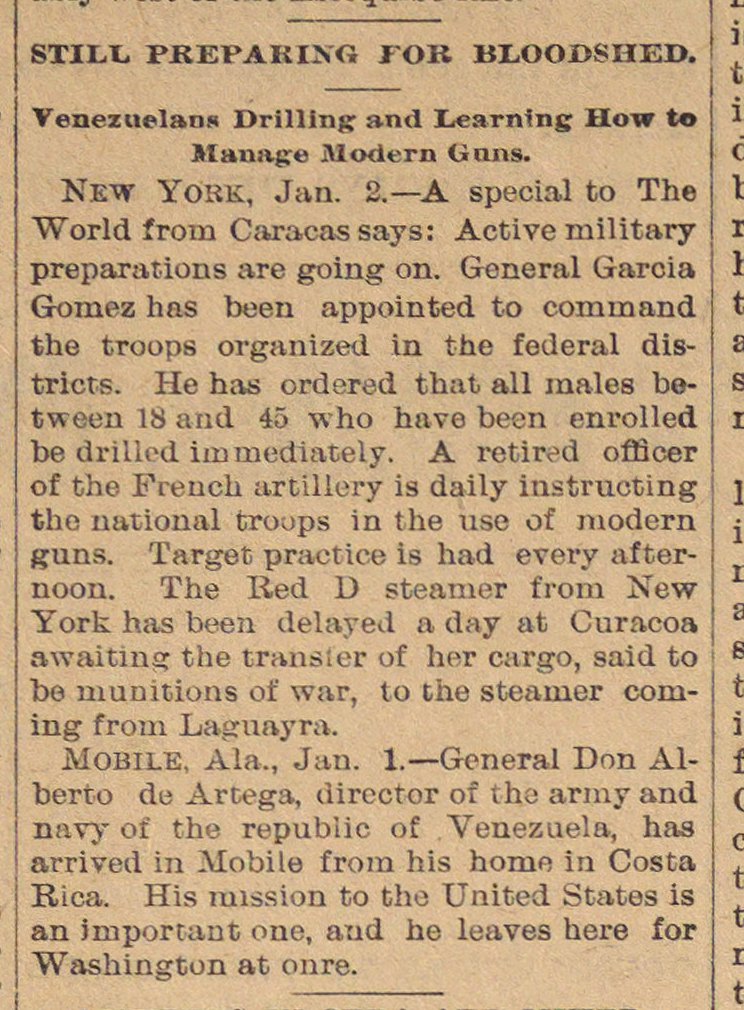 New Youk, Jan. 2.- A special to The World f rom Caracas says: Active military preparations are going on. General Garcia Gomez hns buen appointed to command the troops organized in the federal districts. He has ordered that all males between 18 and 45 who have been enrolled be drilled immediately. A rotlred officer of the Frenen artillery is daily iustructing tho national troops in the nse of modern guns. Target practico is had every afternoon. The Red U steamr froni New York has been delayed a day at Curacoa awaitins: the transier of her cargo, said to bo munitions of war, to the steivmer coming f rom La.auayra. Mobile. Ala., Jan. 1. - General Don Alberto du Artega, director of the army and navy of the repubüc of Venezuela, has arrived in Alobile from his homo in Costa Rica. His mission to tho United States is an important one, aud he leaves here for Washington at onre.