Matters In Cuba Are Mixed 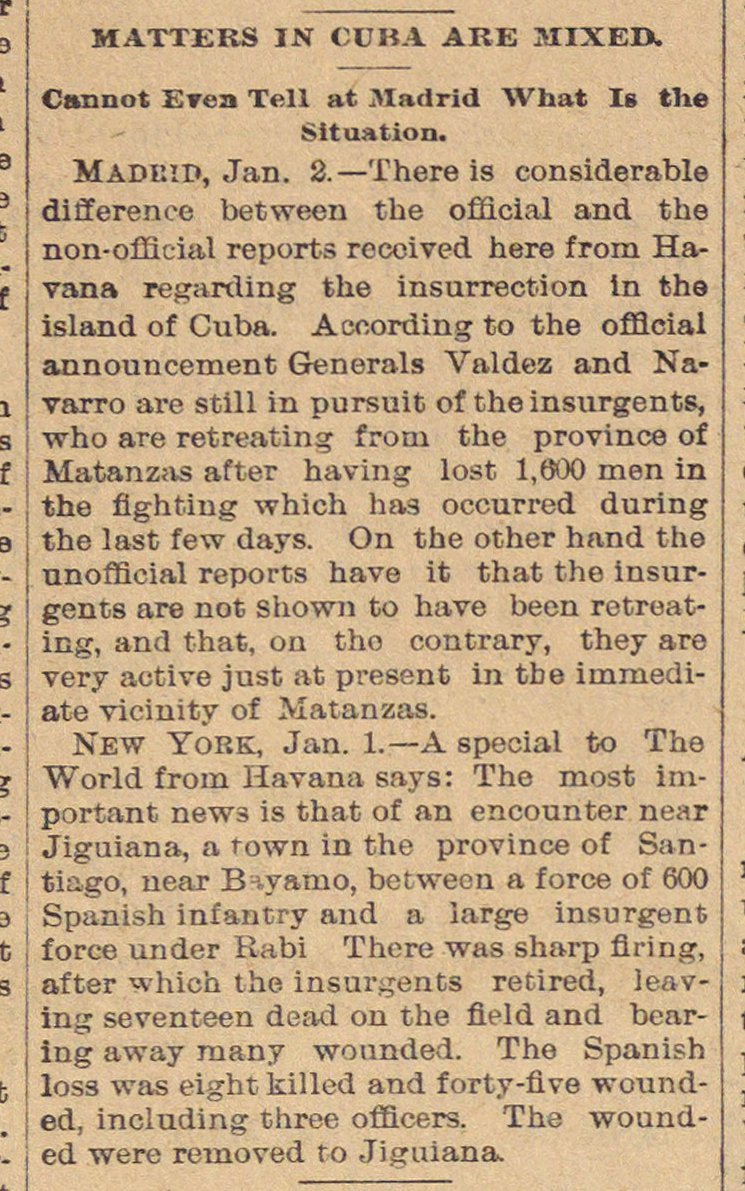 Madiup, Jan. 2. - There is considerable differenee between the official and the non-official reports received here from Havana regarding the insurrecfrion in the island of Cuba. Acoording to the official announcement Generáis Valdez and Navarro are still in pursuit of theinsurgents, who are retreating frotn the province of Matanzas after having lost 1,800 men in the fighting which has occurred during the last few days. On the other hand the unofficial reports have it that the insurgents are not sliown to have been rotreating, and that, on tho contrary, they are very autive just at present in tbe iinmediate vicinity of Matanzas. New York, Jan. 1. - A special to The World from Havana says: The most important new3 is that of an encounter near Jiguiana, a rown in the province of Santiago, near B=.yamo, betweon a forcé of 600 Spanish infantry and a large insurgent force under Babi There was sharp firing, after which the insurgents retired, leaving seventeen dead on the field and benring away many wounded. The Spanish loss was eight killed and forty-five wounded, including three officers. The wounded were removed to Jiguiana.