Was A Matter Of Option 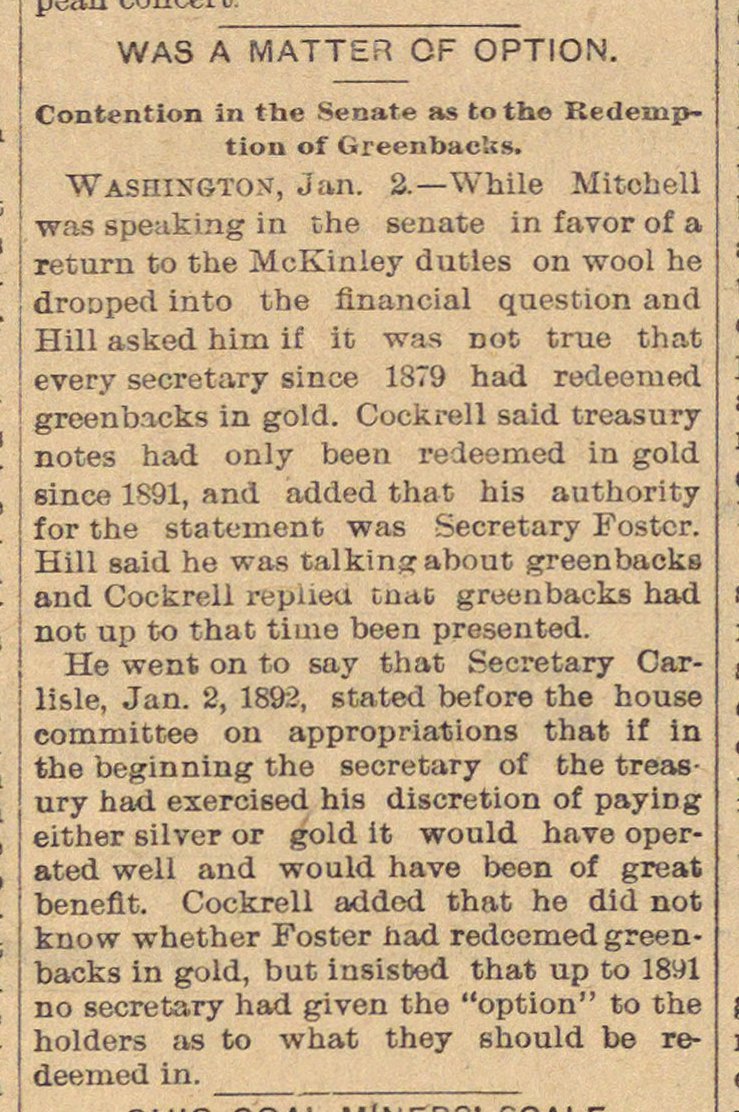 WASnixGTON, Jan. 2. - While Mitchell was speukmg in the señale in favor of a return to the McKinley dutles on wool he drooped into the financial question and Hill asked him if it was Dot true that every secretary since 1879 had redeetned greenbacks in gold. Cockrell said treasury notes had only been redeemed in gold since 1891, and added that nis authority for the statement was Secretary Fostcr. Hill eaid he was talkinjrabout greenbacks and Cockrell repüeu tuaü greenbacks had not up to that time been presented. He went on to say that Seeretary Carlisle, Jan. 2, 1892, stated before the house committee on appropriations thafc if in the beginning the secretary of the treasury had exercieed his discretion of payiDg either silver or gold it would have operated well and would have been of great benefit. Cockrell addcd that he did not know whether Foster had redoemed greenbacks in gold, but insisbed that up to 1891 no secretary had given the "option" to the holders as to what they should be redeemed in.