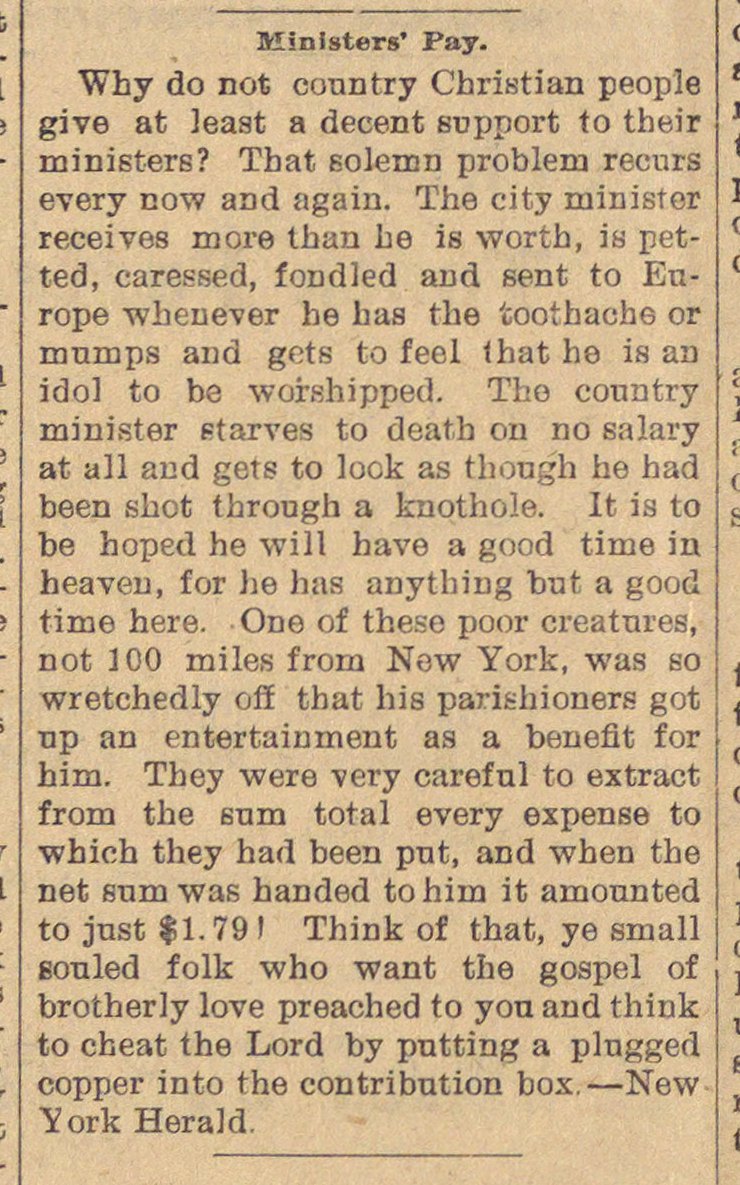 Why do not country Christian people give at ]eaat a decent support to their ministers? That solemn problem recurs every now and again. The city minister receives more than he is worth, ia petted, caressed, fondled aud sent to Enrope whenever he has the toothache or mnmps and gots to feel Ihat he is an ido! to be worshipped. Tho conntry minister Ftarves to death on no salary at all and gets to look as though he had been shot throngh a knothole. It is to be hoped he will have a good time in heaven, for Jie has anything but a good time here. One of these poor creatures, not 100 miles f rom New York, was so wretchedly off that his parishioners got tip an entertainment as a benefit for him. They were very careful to extract from the sum total every expense to which they had been put, and when the net sum was handed tohim it amonnted to jnst $1. 79 ! Think of that, ye small gouled folk who want the gospel of brotherly love preached to yon and think to cheat the Lord by putting a plugged