Will Make Other Hearts Ache 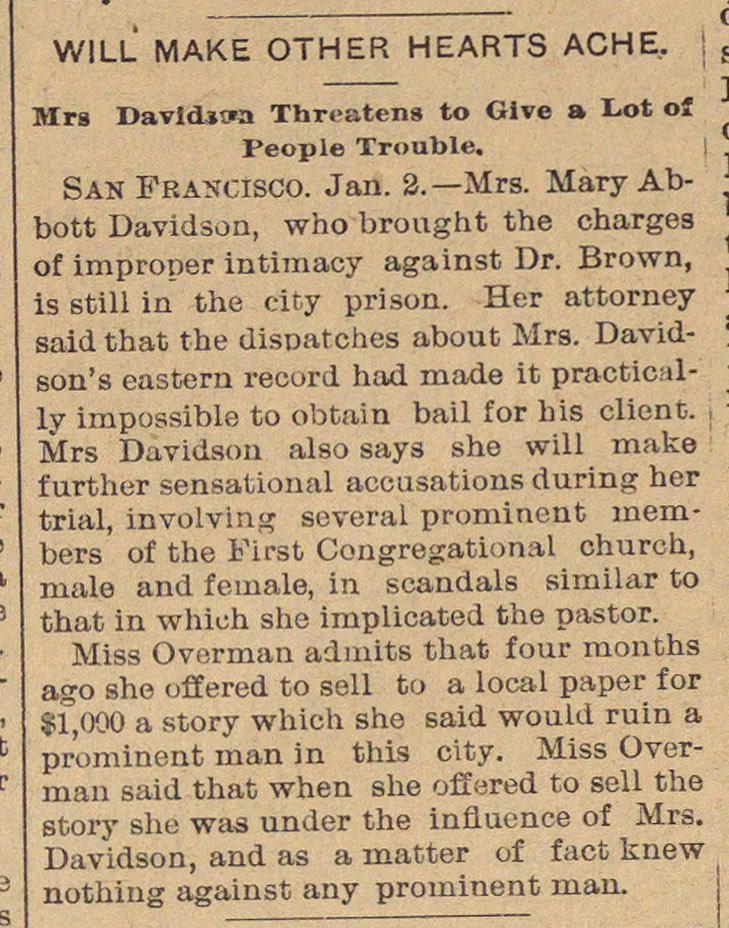 San Fraxisco. Jan. 2.- Mrs. Mary Abbott Davidson, who brought the charge3 of improper intimacy against Dr. Brown, is still in the City prison. Her attorney said that the disnatches about Mr8. Davidson's eastern record had made it practicíilly impussible to obtain bail for bis cliënt. Mrs Davidson also says she will make further sensational accusations during hor trial, involvin severa! prominent inembers of the Kirst Congregational church, male and female, in scandals similar to that in whlch she implicated the pastor. Miss Overman admito that four months affo sho uffered to sell to a local paper for íf,000 a story which she said would ruin a prominent man in this city. Miss Overman said that when she ofíered to sell the story she was under the influence of Mrs. Davidson, and as a matter of f act knew nothing against any prominent rnan.