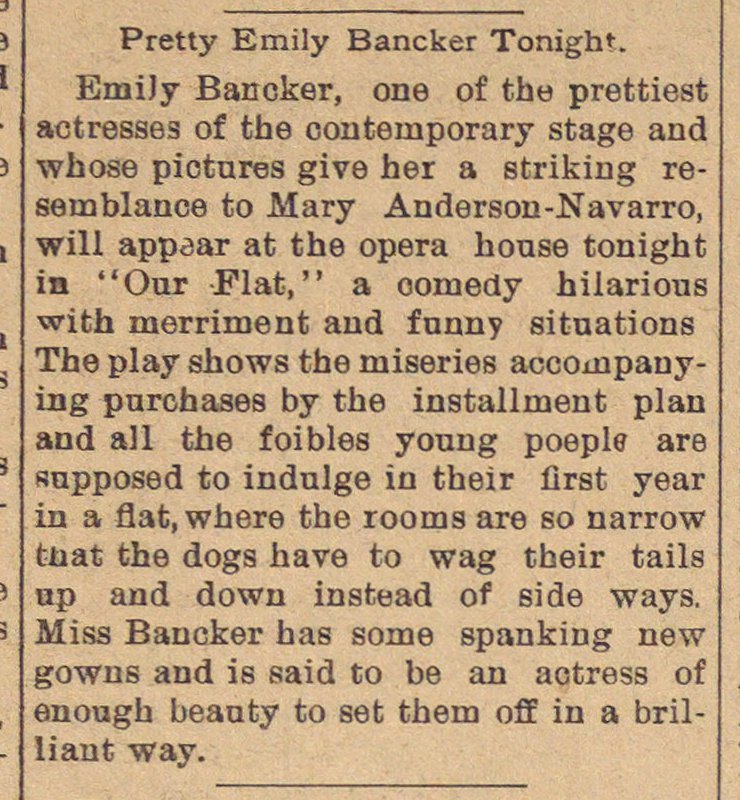 EmiJy Bancker, one of the prettiest actresses of the contemporary stage and whose pictures give her a striking resemblance to Mary Anderson-Navarro, will appear at the opera house tonight ia "Our Flat," a oomedy hilarious with merriment and funny situations The play shows the miseries accojipauying purchases by the installment plan and all the foibles young poeple are supposed to indulge in their flrst year in a flat, where the rooms are so narrow tüat the dogs have to wag their tails np and down instead of si de ways. Miss Bancker has some spanking new gowns and is said to be an actress of enough beauty to set them off in a brilliant way.