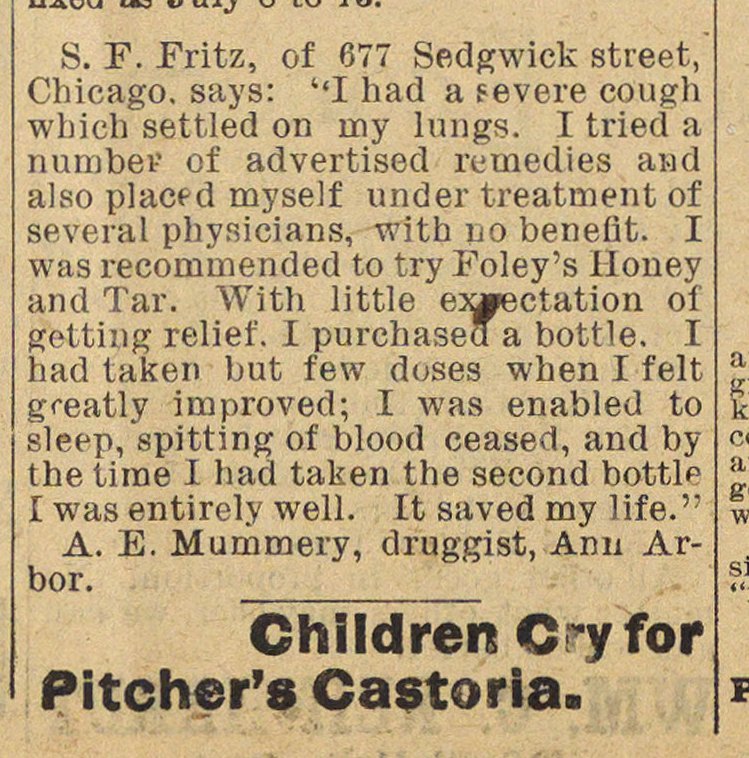 8. F. Fritz, of 877 Sedgwick street, Chicago, says: "I had a f evere cough whicli settled on my lungs. I tried a numbev of advertised remedies and )so placed myself under treatrnent of everal physsicians, with uo benefit. I was recommended to try Foley's Houey and Tar. Witli little expiectation of ïetting relief. I purchasea a bottle. I ïad taken but few doses when I feit greatly improved; I was enabled to sleep, spitting of blood ceased, and by the time I had taken the second bottlf I was entirely well. It sayed my life." A. E. Mummery, druggist, Anu Arbor. ChildrenCryfor Pitcher's Oastoria.