Made The Policeman Arrest Him 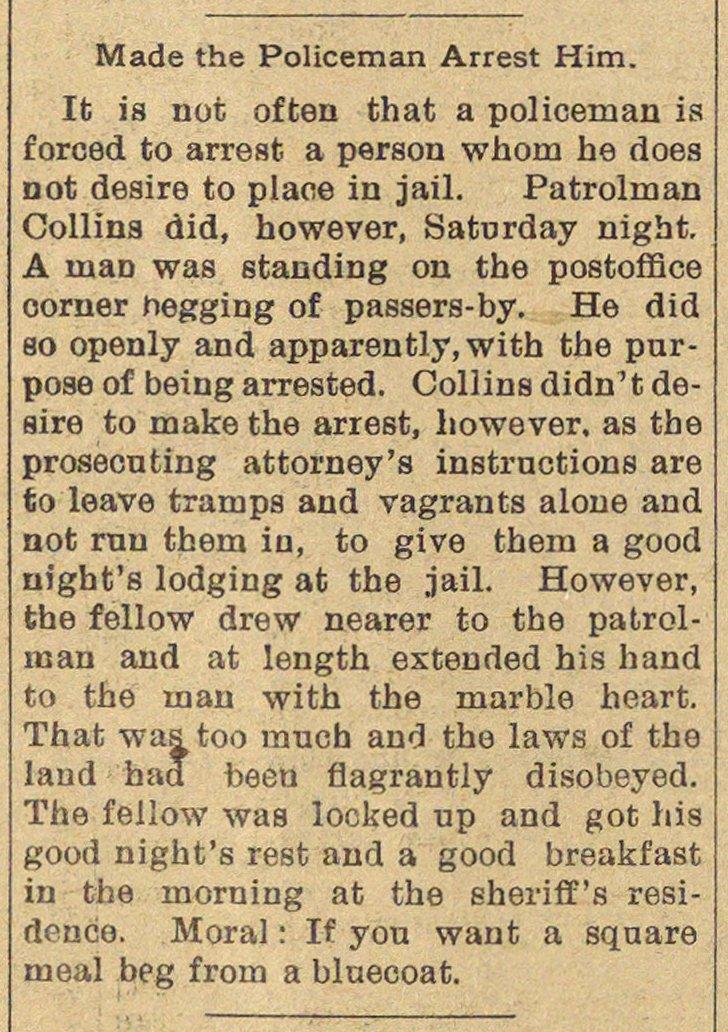 It is nor. often that a policeman is forced to arrest a person whom he does not deaire to plaoe in jail. Patrolman Collins did, however, Satiirday nigbt. A man was stauding on the postofflce corner hegging of passers-by. He did so openly and apparently, with the purpose of being arrested. Collins didn'tdesire to make the arrest, however. as the prosecuting attorney's instrnctions are to leave tramps and vagrants aloue and not run them in, to give them a good night's lodging at the jail. However, the fellow drew nearer to the patrolman and at length extended his hand to the man with the marble heart. That was too much ancl the laws oí tbo land had been flagrantly disobeyed. The fellow was locked up and got his good night's rest and a good breakfast in the inorning at the sheriff's residencio. Moral : If yon want a square meal beg from a bluecoat.