Thirteen Letters In A Poet's Name 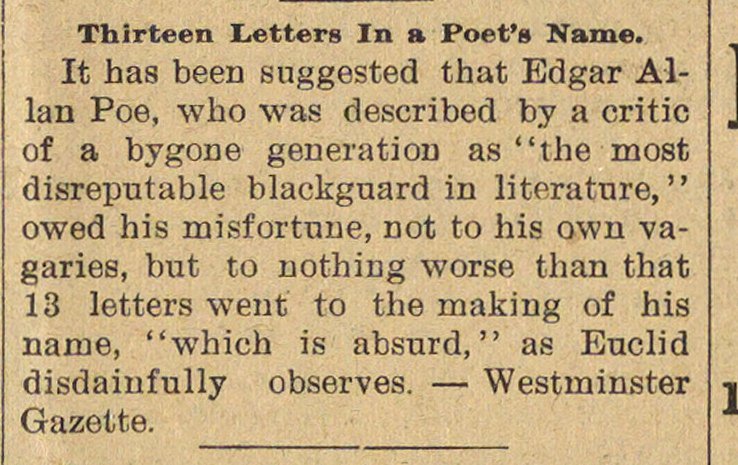 It has been snggested that Edgar Alian Poe, who was described by a critic of a bygone generation as "the most disreputable blackguard in literatura," owed his misfortune, riot to his own vagaries, bnt to nothiüg worse than that 13 letters went to the making of his name, "which is absurd," as Euclid disdaiufully observes. - Westrninster Razette.