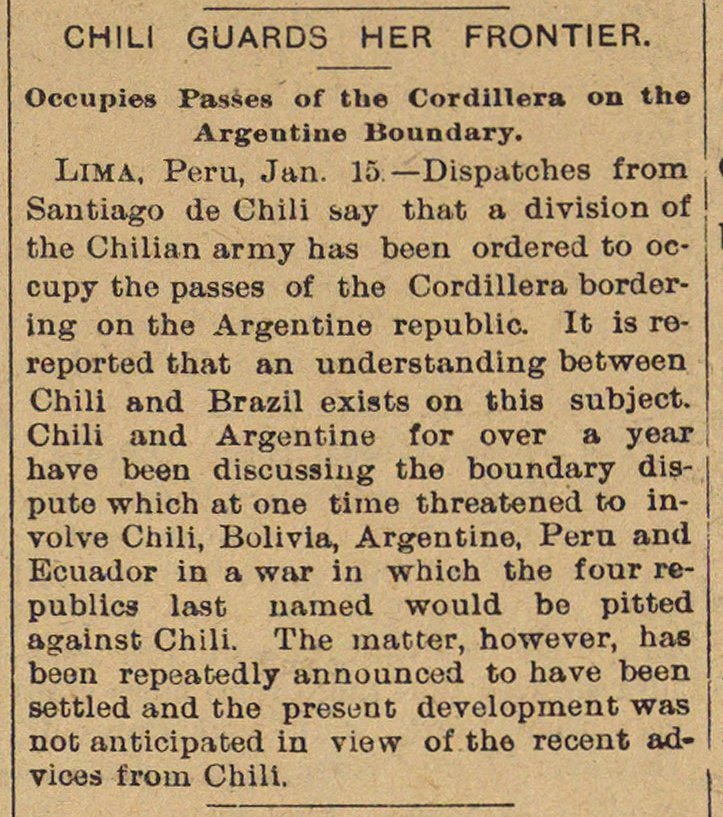 Lima, Peru, Jan. 15. - Dispatches from Santiago de Chili say that a división of the Ghilian army has boen ordered to occupy the passes of the Cordillera bordering on the Argentino republic. It is roreported that an understanding between Chili and Brazil exists on this subject. Chili and Argentino for over a year have been discussing the boundary disputo which at one time threatened to involve Chili, Bolivia, Argentino, Pera and Ecuador in a war in which the four republics last ïiamed would bo pitted against Chili. The matter, however, has beon repeatedly announced to have been settled and the present development was not anticipated in view of the recent advices from Chili.