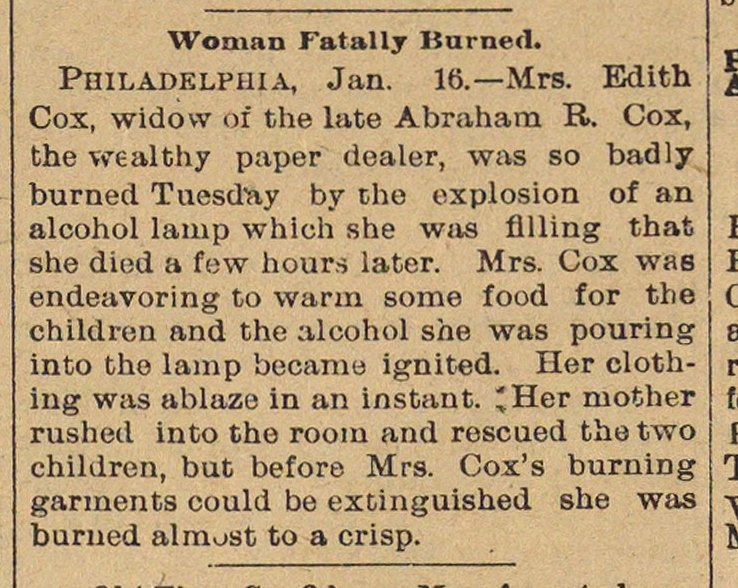 PniLADKLPHiA, Jan. 16. - Mrs. Edith i Cox, widovv Of the late Abraham R. Cox, the wealtliy paper dealer, was so badly burned Tnesduy by che explosión of an alcohol lamp which she was fllling that she died a few hours later. Mrs. Cox was endeavoring to warm some food for the chüdren and the alcohol she was pouring into tho lamp becama ignited. Her clothing was ablaze in an instant. Her mother rushed into the room and rescued the two children, but before Mrs. Cox's burning garments could be extinguished she was burned almost to a crisp.