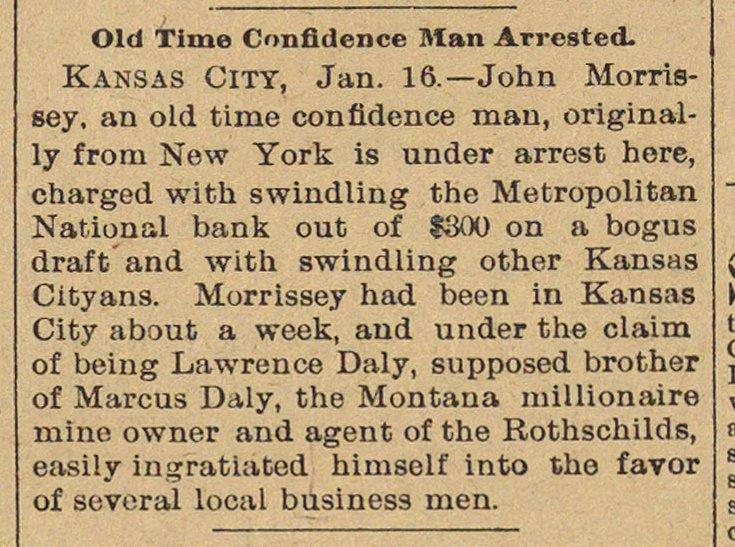 Kansas City, Jan. 16.- John Morrissey, an old time conüdence man, originally from New York is under arrest here, charged with swindling the Metropolitan National bank out of $300 on a bogus draft and with swindling other Kansas Cityans. Morrissey had been in Kansas City about a week, and under the claim of being Lawrence Daly, supposed brother of Marcus Daly, the Montana millionaire mine owner and agent of the Rothschilds, easily ing'ratlated himself into the favor of sevoral local business men.