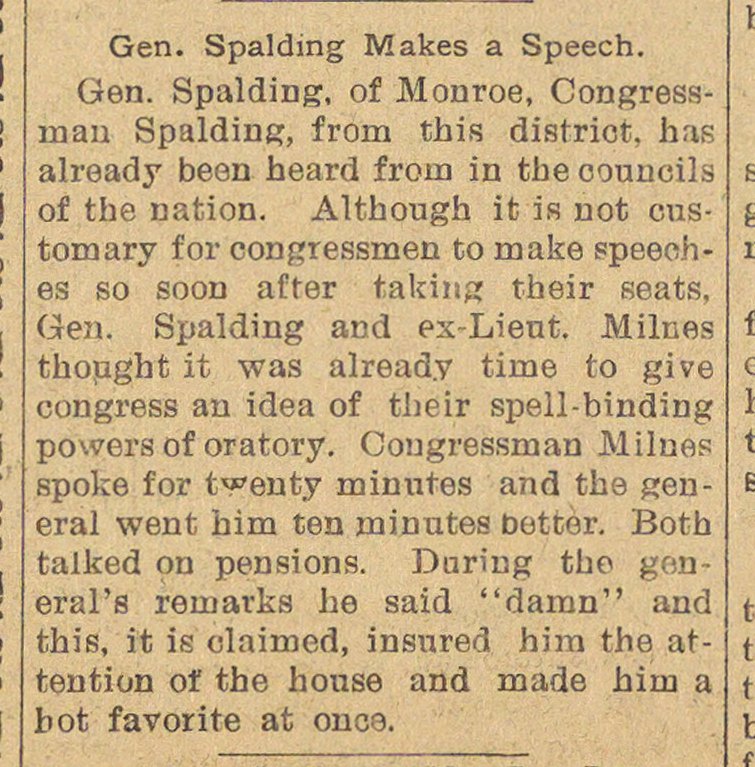 Gen. Spalding, of Monroe, Congressman Spalding, from this district, has already been heard frorn in thecoiiucils of the nation. Although it is not customary for congressmen to make speeches so soon after takitig their seats. Gen. Spalding and es-Lient. Milnes thopght ít was already time to give congress an idea of their spell binding powers of oratory. Congressman Milnes spoke for tfenty minutes and the general went him ten minutes better. Both talked on pensions. Duriug thp goneral's remavks he said "damn" and this, it is claimed, insured him the attention of the house and made him a hot favorite at once.