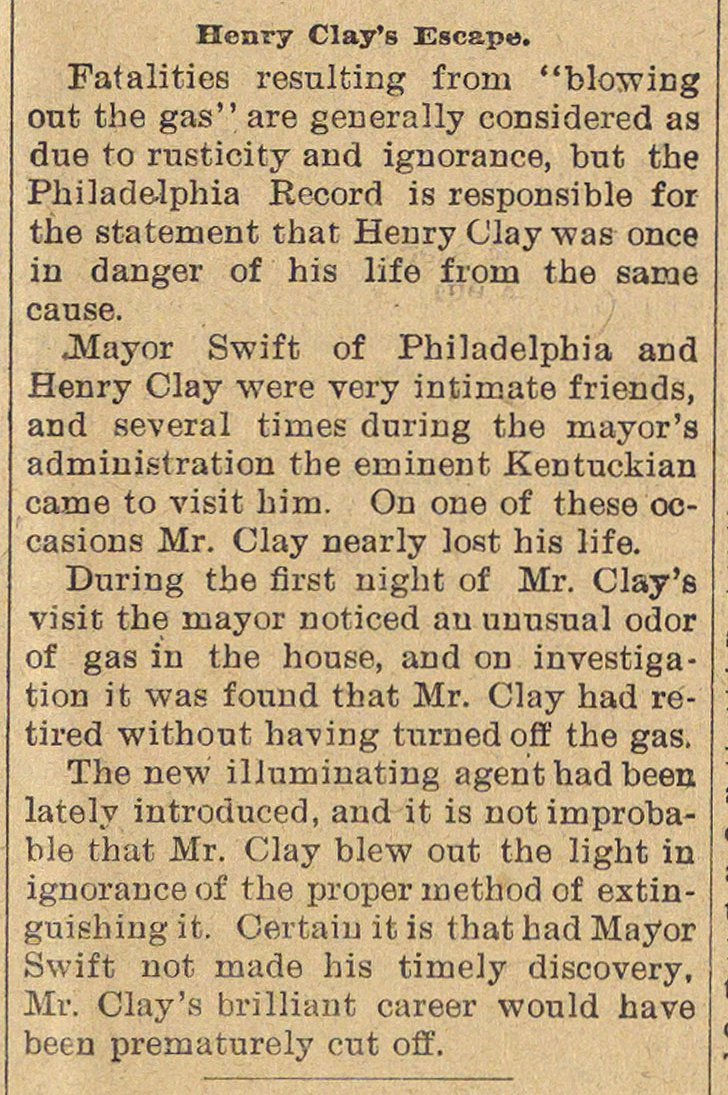 Fatalities resnlting from "blowing out the gas" are generally considered as due to rusticity and ignorance, bnt the -"hilade-lphia Record is responsible for ;he statement that Henry Clay was once n danger of his life from the same cause. .Mayor Swift of Philadelphia and Henry Clay were very intímate friends, and several times during the mayor's admiuistration the eminent Kentuckian came to visit him. On one of these occasions Mr. Clay nearly lost his life. During the flrst uight of Mr. Clay's visit the mayor noticed au unusual odor of gas in the house, and on investigaron it was found that Mr. Clay had reired without having turnedoff the gas. The new ilJuminating agent had been ately introduced, and it is notimprobaile that Mr. Clay blew out the light in gnorance of the proper method of extinguishiug it. Certaiu it is that had Mayor Swift not made his timely discovery, Hr. Clay's brilliant career would have ïeen prematurely cut off.