The Ways Of The Fijians 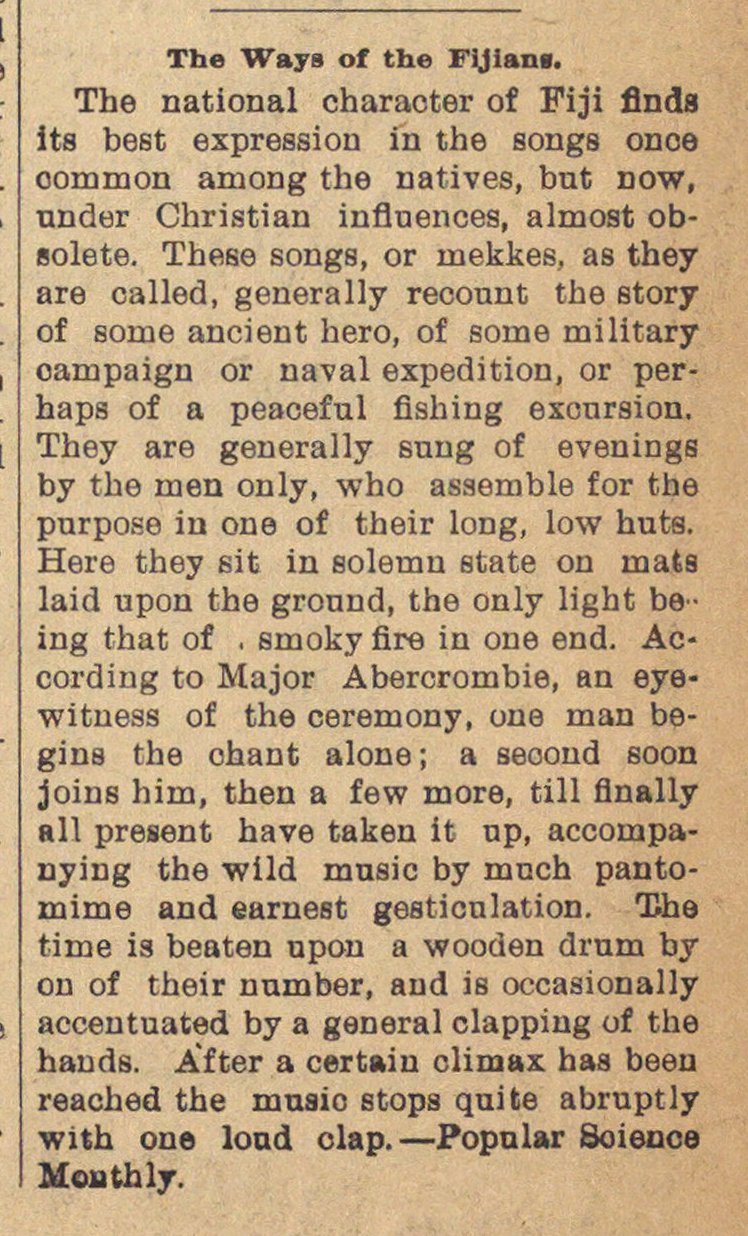 The national character of Fiji flnda its best expressiou in the songs onoe oommon among the natives, but dow, nnder Christian influences, almost obsolete. These songs, or inekkes, as they are called, generally recount the story of sorne ancient hero, of some military oampaign or naval expedition, or perhaps of a peaceful flshing excursión. They are generally sung of evenings by the men only, who assemble for the purpose in one of their long, low huts. Here they sit in solemn state on mats laid upon the gronnd, the only light being that of . smoky flre in one end. According to Major Abercrombie, an eyewituess of the ceremony, one man begins the ohant alone; a seoond soon joins him, then a few more, till flnally all present have taken it up, accompanying the wild mnsic by mcch pantomime and earnest gesticnlation. The time is beaten upon a wooden drnm by on of their number, aud is occasionally accentuated by a general clapping of the hands. Áfter a certain climax has been reached the mnaio stops quite abrupt ly