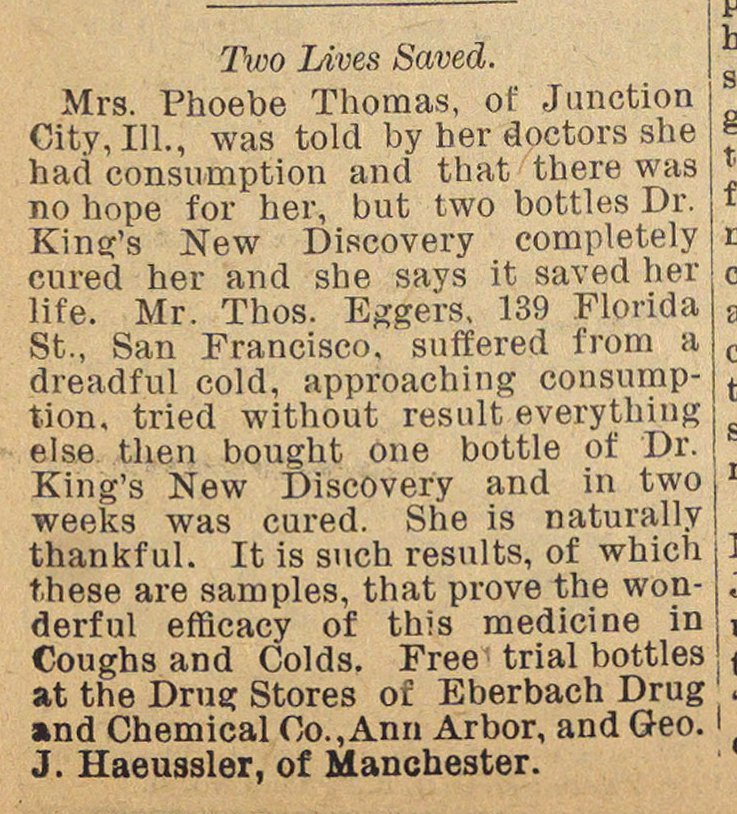 Two Laves Saved. Mrs. Phoebe Thomas, of Junction City, 111., was told by her doctors she had consumption and that there was no hope for her, but two bottles Dr. Kiner's New Discovery completely cured her and she says it saved her life. Mr. Thos. Eggers. 139 Florida St., San Francisco, suffered from a dreadful cold, approaching consumption. tried without result everything else then bought one bottle of Dr. King's New Discovery and in two weeks was cured. She is naturally I thankful. It is such results, of which these are samples, that prove the wonderf ui efficacy of this medicine in Coughs and Colds. Free trial bottles at the Drug Stores of Eberbach Drug and Chemical Oo.,Ann Arbor, and Geo. J. Haeussler, of Manchester.