The Reward Of Merit 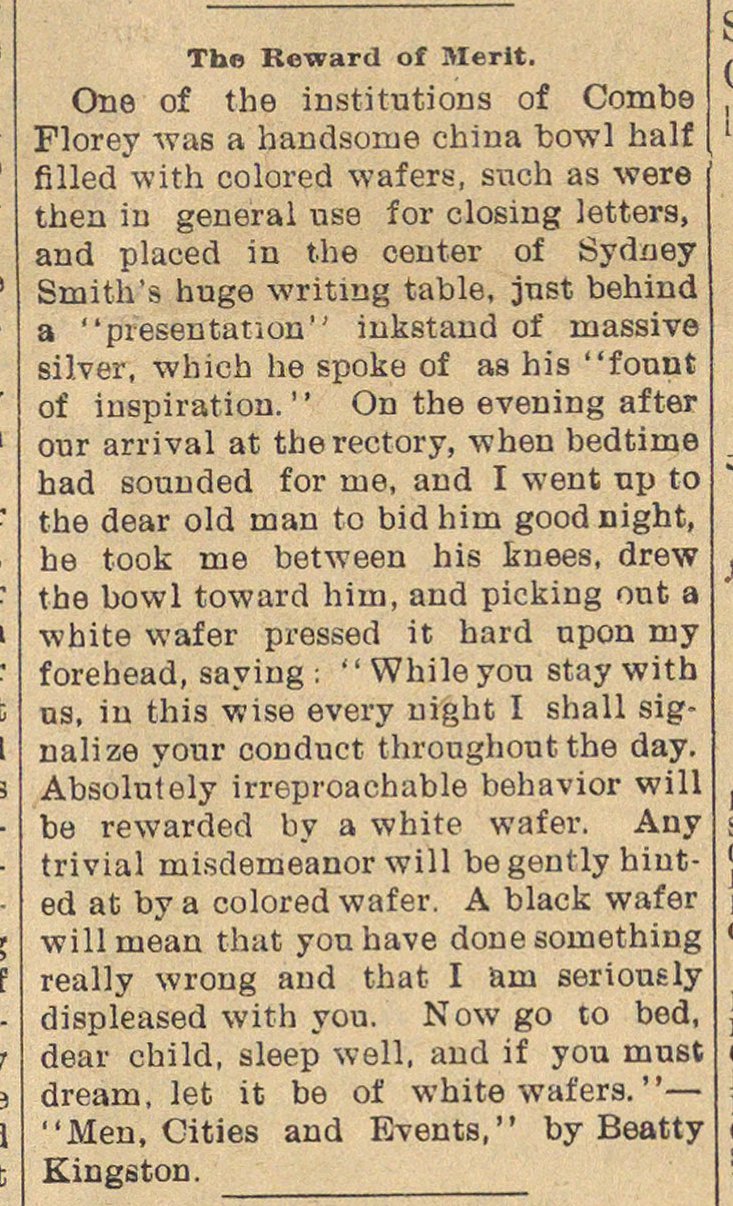 One of the institutions of Combe í'lorey was a handsome china bowl halL illed with colored wafers, such as were hen iu general use for closing letters, and placed in the center of Sydiey Smith's huge writiug table, just behind a "presentatïon" inkstand of inassive silver, which he spoke of as his "fonnt of inspiration. " On the evening after our arrival at therectory, when bedtime lad sounded for me, and I went up to he dear old man to bid him goodnight, je took me between his knees, drew he bowl toward him, and picking ont a white wafer pressed it hard npon my 'orehead, saying . " Whileyon stay with na, in this wise every night I shall signalize your condnct throughont the day. Absolutely irreproachable behavior will be rewarded by a white wafer. Any trivial misdemeanor will begently hiuted at by a colored wafer. A black wafer willmeau that yon have donesomething really wrong and that I am seriouely displeased with you. Now go to bed, dear child, sleep well, and if you must dream, let it be of white wafers. " -