On A Serious Charge 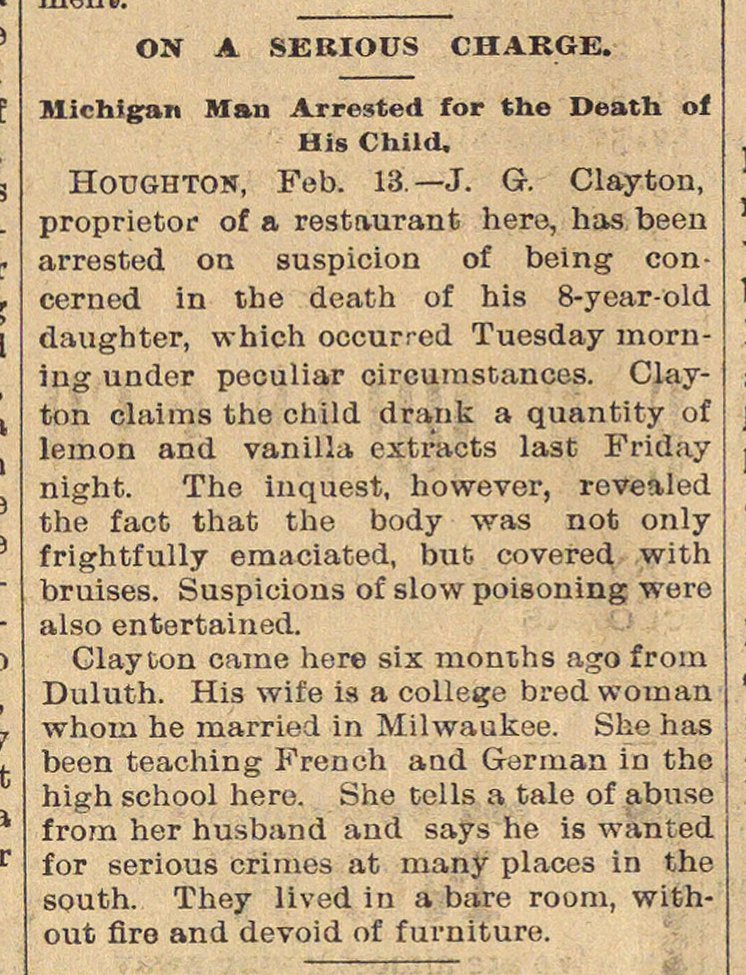 HouGHTON, Feb. 13- J. G-. Clayton, proprietor of a restaurant here, has been arrested on suspicion of being concerned in the death of his 8-year-old daughter, which occuned Tuesday mornng under peculiar circuinstances. Clay;on claims the child drank a quantity of emon and vanilla exti:acts last Frkfay night. The inquest, however, revealed the fact that the body was not only Tightfully emaciated, but covered with bruises. Suspicions of slow poisoning were also entertained. Clayton came here six months ago froin Duluth. His wife is a college bred woman whoin he married in Milwaukee. Ske has been teaching French and Germán io the tiigh school here. She tolls a tale of abuse from her husband and says he is wanted for serious crimes at many places in the south. They lived in a bare room, without flre and devoid of furniture.