The "wacht Am Rhein." 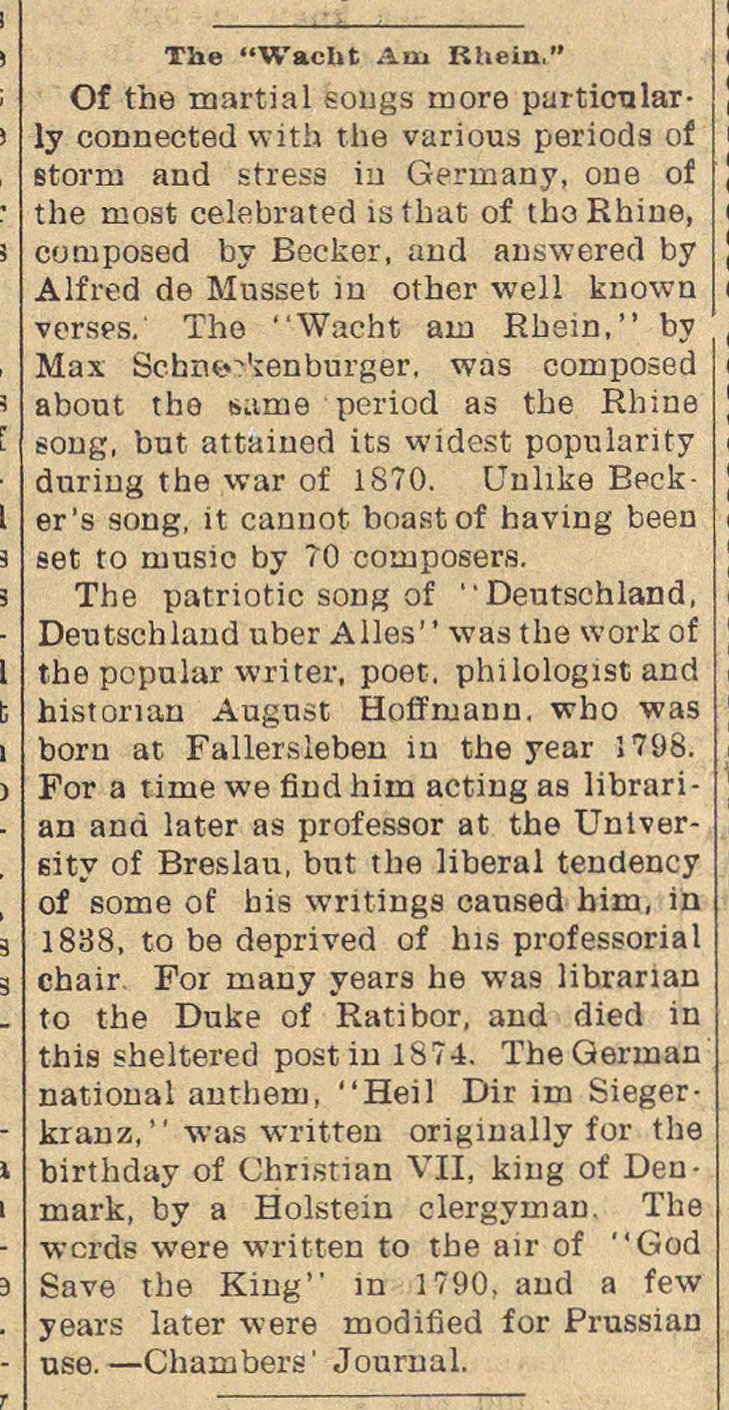 Of the martial songs more particularly connected with the various periods of storm and stress iu Gerinany, one of the most celebrated is that of tho Rhiue, cotiiposed by Becker, and answered by Alfred de Musset ia other well kuown verses. The "Wacht ain Ehein," by Max Schn'ienburger. was composed abont the same period as the Rhine song, but attaiued its widest popularity during the war of 1870. Unlike Bfcker 's song, it cannot boastof having been set to music by 70 composers. The patriotic song of " Deutschland, Deutschland uber Alles" was the work of the popular writer, poet. philologist and historian August Hoffruann. who was born at Fallersleben iu the year 1798. For a time we flud him actiug as librarian and later as professor at the Untversity of Breslau, but the liberal tendency of some of bis writings oaused him, in 1838, to be deprived of his professorial chair. For raany years he was librarían to the Duke of Ratibor, and died in this sheltered postin 1874. The Germán national antberu, "Heil Dir im Siegerkranz, ' ' was written originally for the birthday of Christian VII, king of Denmark, by a Holstein clergyman. The wcrds were written to the air of "God Save the King" in 1790, and a few years later were modified for Prussian use.