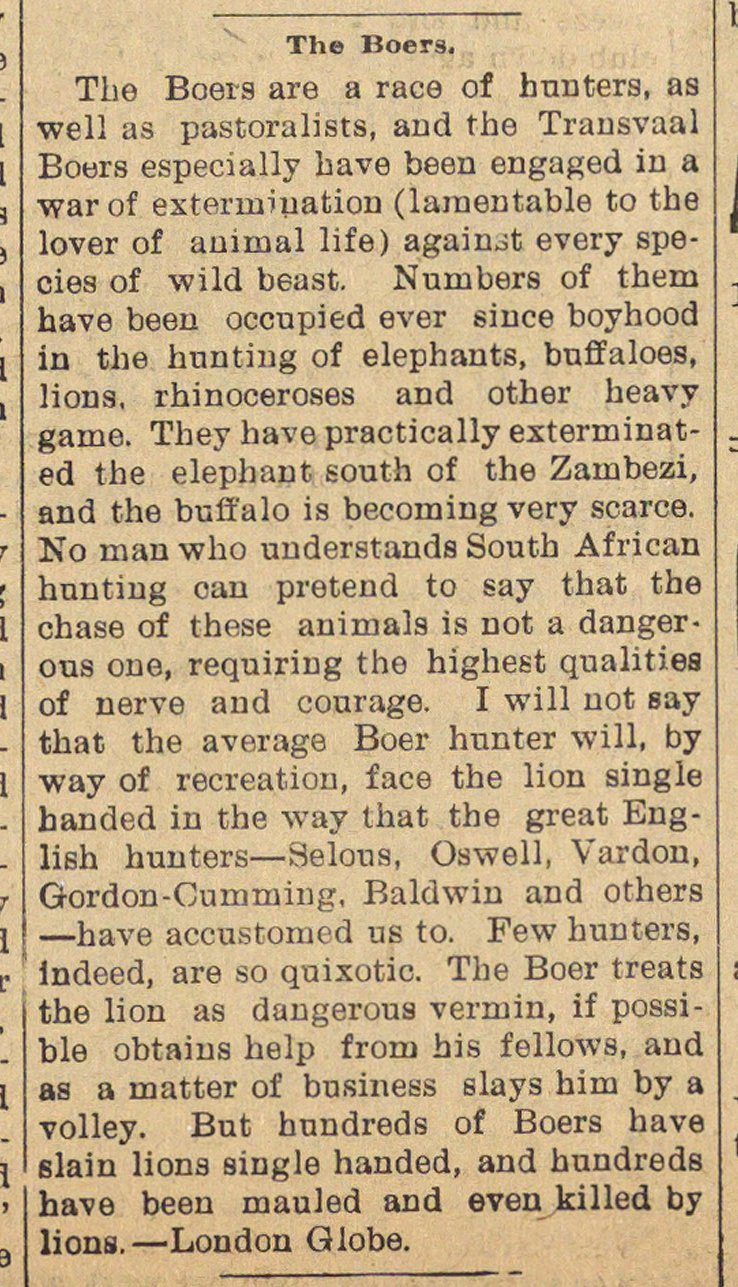 The Boers are a race of hunters, as well as pastoralists, and the Transvaal Boers especially have been engaged iu a war of extermiuation (lamentable to the lover of animal life) again.it every species of %vild beast. Nunibers of thern have been occupied ever since boyhood in the hnnting of elephants, buffaloes, liona, rhinoceroses and other heavy game. They have practically exterminated the elephant south of the Zambezi, and the buffalo is becoming very scarce. Ko manwho understands South African hnuting can pretend to say that the chase of these animáis is uot a dangerous one, requiring the highest qualities of nerve and courage. I will not say that the average Boer hnnter will, by way of recreatiou, face the lion single handed in the way that the great English hunters - Selous, Oswell, Vardon, Gordon-Gumming, Baldwin and others - have accustomcd us to. Few hunters, ' indeed, are so quixotic. The Boer treats the lion as dangerous vermin, if possible obtains help froru bis fellows, and as a matter of business slays him by a volley. But hundreds of Boers have slain lions single handed, and hundreds have been mauled and even killed by lions. -