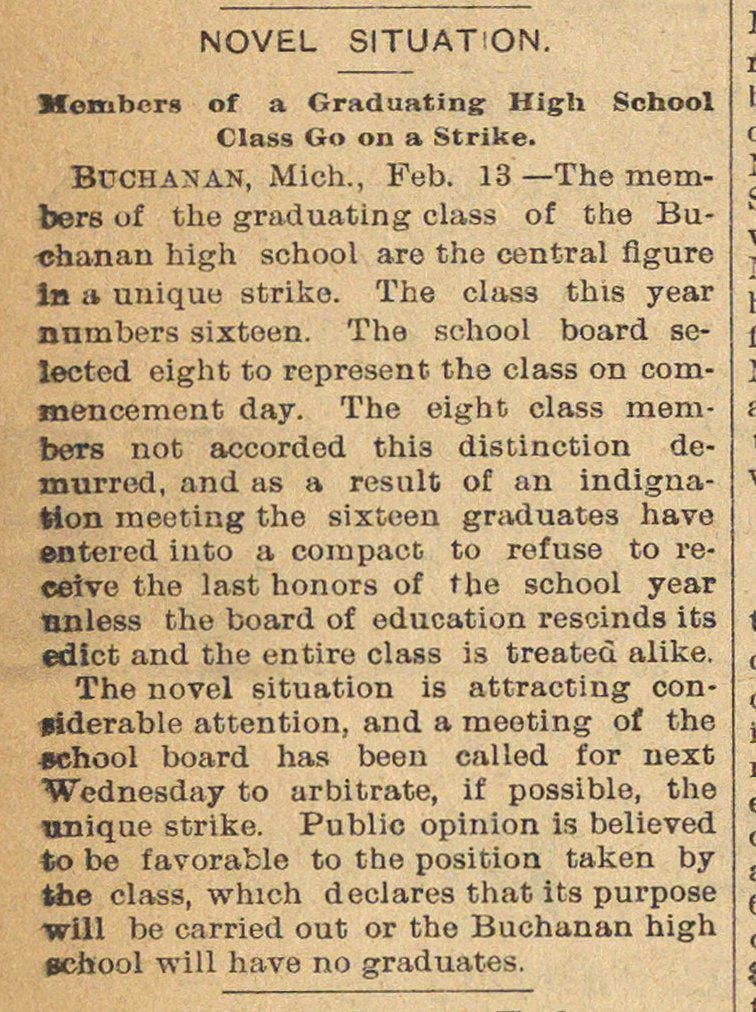 BüCHANAN, Mich., Feb. 13 - The membere oL the graduating class of the Buhanan high school are the central figure la a unique strike. The class this year nnmbers sixteen. The school board selected eight to represent, the class on commencement day. The eight class members not accordod thi3 distinction demurred, and as a result of an indignatton meeting the sixteen graduate3 have entered into il compact to refuse to receive the last honors of the school year nnless the board of education resoinds its edict and the entire class is treated alike. The novel situation is attracting considerable attention, and a meeting of the ehool board has been cal led for next Wednesday to arbítrate, if possible, the wnique strike. Public opinión is believed to be favorable to the position taken by the class, which declares that its purpose will be carried out or the Buchanan high school will have no graduales.