Could Not Live Together 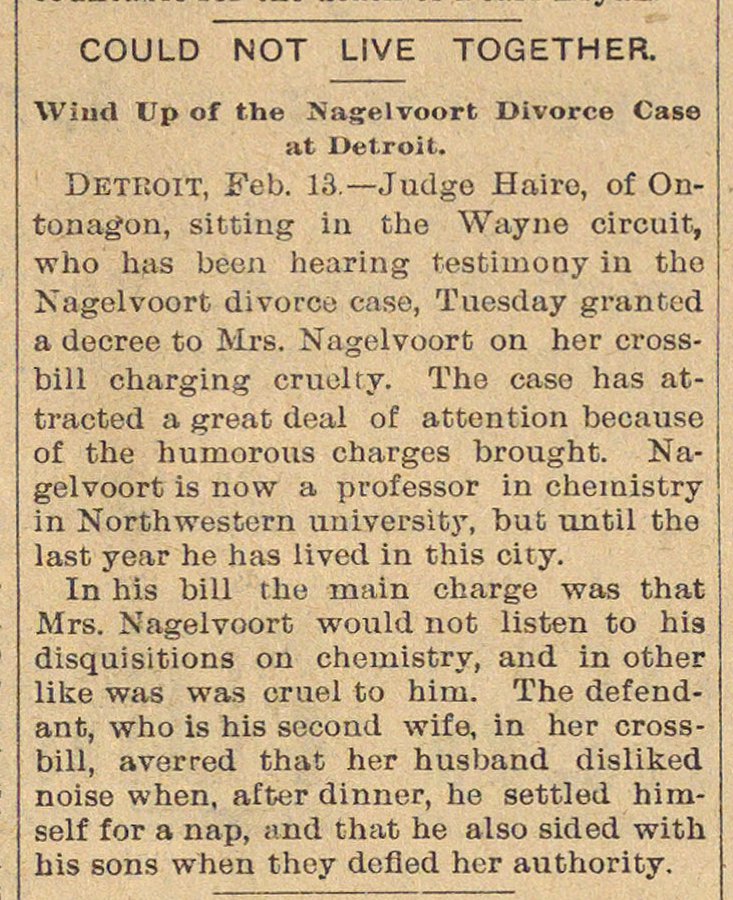 Detiíoit, Feb. 13. - Judgo Hairo, of Ontonagon, sittiug In the Wayne circuit, who has been hearing testimony in tho Nagclvoort divorce case, Tuesday grantcd a decree to Mts. Nagelvoort on her crossbill charging cruel ty. ïhe case has attracted a great deal of attention because of the humorous charges brought. Nagelvoort is now a professor in cheinistry in Northwestern university, but until the last year he has lived in this city. In nis bill the main charge was that Mrs. Nagelvoort would not listen to his disquisitions on chemistry, and in other like was was cruel to him. The defendant, who is his socond wife, in her crossbill, averred that her husband disliked noise when, after dinner, he settled himself for a nap, and that he also sided with his sons when they defied her authority.