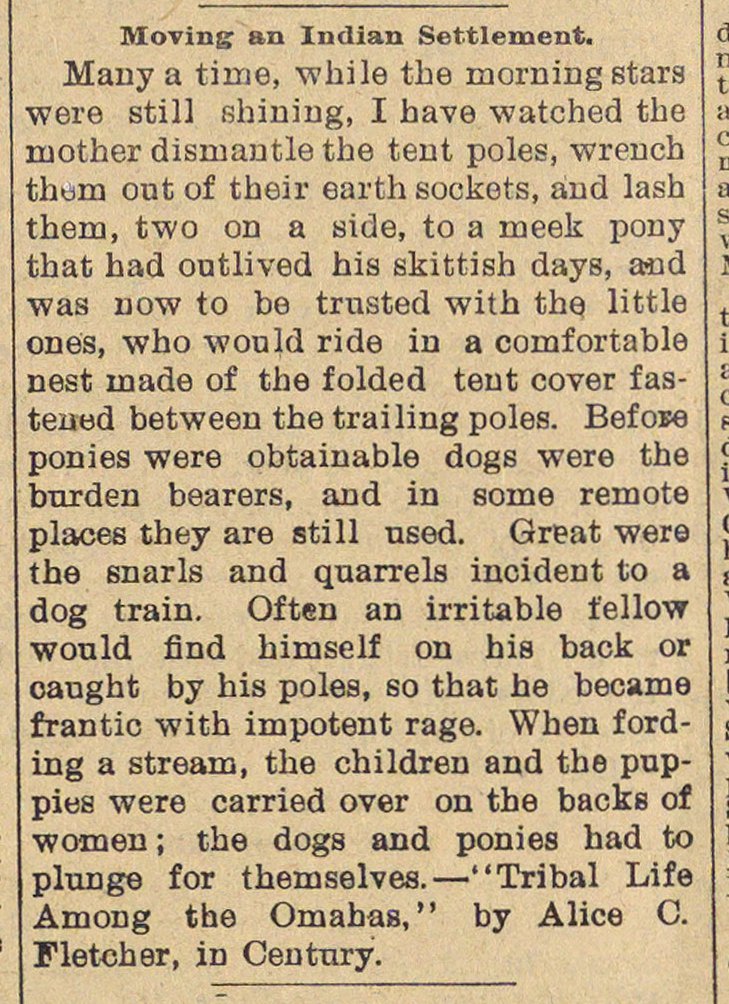 Maiiy a time, wbile the morning stars were stil] shining, I have watcbed the ruother disruantle the tent poles, wrench thum out of their earth sockets, and lash them, two on a side, to a raeek pony that had ontlived his skittish days, and ■was now to be trnsted with thq little ones, who would ride in a comfortable nest inade of the folded tent cover fasteuud between the trailing poles. Befóse ponies were obtainable dogs were the bnrden bearers, and in sorae remóte places they are still used. Great were the snarls and quarrels incident to a dog train. Often an irritable fellovf ■wonld find himself on his back or oaught by his poles, so that he became frantic with impotent rage. When fording a stream, the children and the puppies were carried over on the backs of women ; the dogs and ponies had to