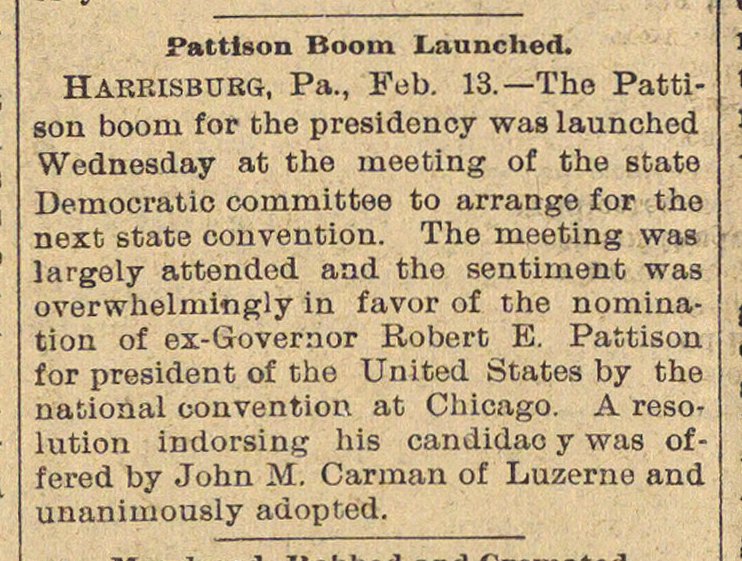 HareisbuRG, Pa., Feb. 13.- Tho Pattison boom for the presidoncy was launched Wednesday at the meeting of the state Democratie committee to arrange for tho next state convention. The meeting was largely attended and tho sentiment was overwhelrningly in favor of the nomination of ex-Governor Robert E. Pattison for president of the United States by the national convention at Chicago. A resolution indorsing his caniiidao y was offered by John M. Carinan of Luzerne and unanimously adopted.