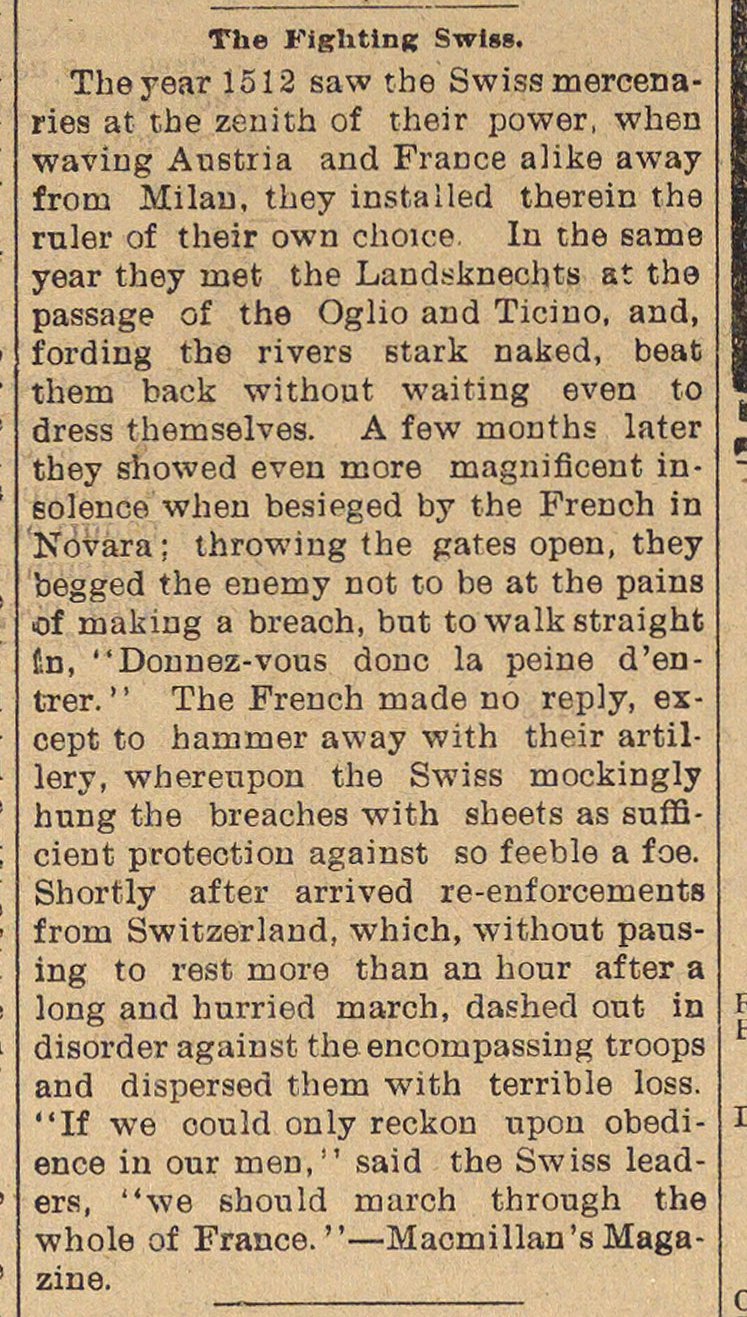 Theyear 1512 saw the Swiss mercenaries at tbe zeuith of their power, when waving Austria and FraDce alike away Erom Milau, they installed therein the mier of their own choice. Iu the same year they met the Landsknechts at the passage of the Oglio and Ticino, and, fording the rivers stark naked, beat them back without waiting even to dress themselves. A few morjths later they showed even more magnificent insolence when besieged by the Frenen in Novara: throwing the pates open, they begged the enemy not to be at the pains of making a breach, but to walk straight Sn, "Donnez-vous done la peine d'entrer. " The French made no reply, except to hammer away with their artillery, whereupon the Swiss mockingly bung the breaches with sheets as sufflcient protection against so feeble a foe. Shortly after arrived re-enforcements from Switzerland, which, without pausing to rest more tban an hour after a long and hurried march, dashed out in disorder against the encompassing troops and dispersed them with terrible loss. "If we could only reckon upon obedience in our men," said the Swiss leaders, "we should march throush the