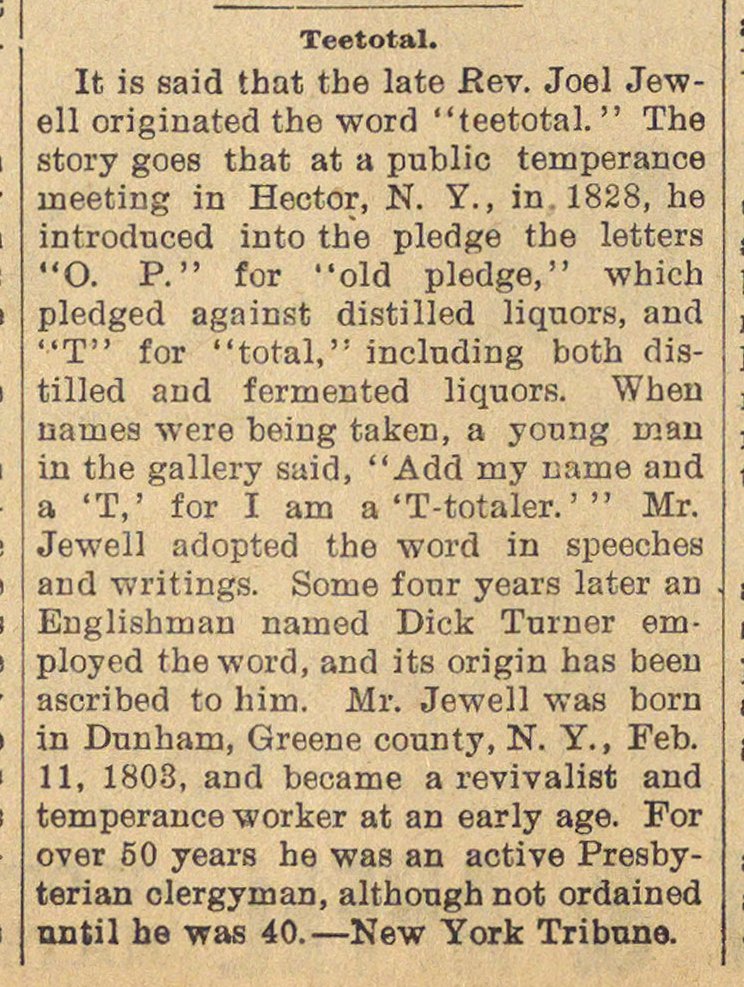 It is said that the late Rev. Joel Jewell originated the word "teetotal. " The story goe8 that at a public temperance meeting in Héctor, N. Y., in. 1828, he introduced into the pledge the letters "O. P. " for "old pledge," which pledged against distilled liquors, and "T" for "total," inclnding both distilled aud fermented liquors. When narues were being taken, a young man in the gallery said, "Add my name and a 'T,' for I am a 'T-totaler. ' " Mr. Jewell adopted the word in speeches and writings. Sorne fonr years later an . Eüglishman named Dick Turner employed the word, and its origin has been asoribed to him. Mr. Jewell was bom in Dunham, Greene county, N. Y. , Feb. 11, 1803, and became a revivaliet and temperance worker at an early age. For over 50 years he was an active Presbyterian clergyman, although not ordained antil he was 40.