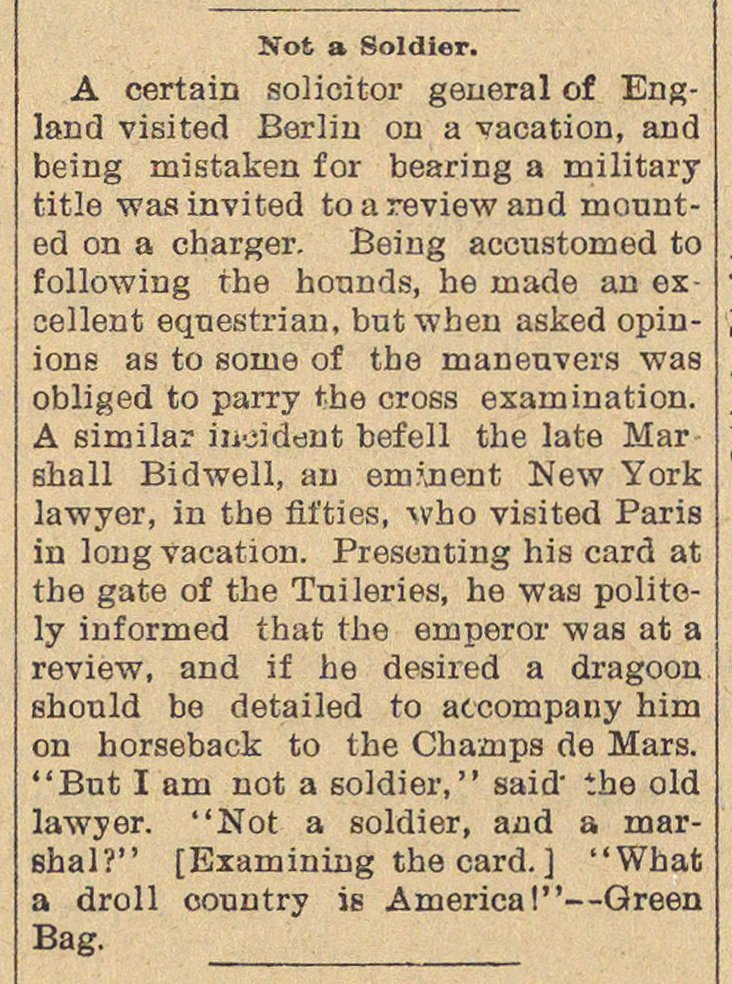 A certain solicitor general of England visited Berlín 011 a vacation, and being mistaken for bearing a military title wasinvited toa review and mounted on a cbarger. Being accustomed to following the hoands, he made an excellent equestrian, butwhen asked opinions as to some of the manenvers was obliged to parry the cross examination. A similar incident befell the late Mar shall Bidwell, aii emAnent New York lawyer, in the fifties, who visited Paris in long vacation. Presenting his card at the gate of the Tnileries, he was politoly informed that the emperor was at a review, and if he desired a dragoon ehould be detailed to accompany him on horseback to the Champs de Mars. "But I am not a soldier," said' ihe old lawyer. "Not a soldier, and a marshal?" [Examiniug the card. 1 "Wbat