Calling A Dog By Telephone 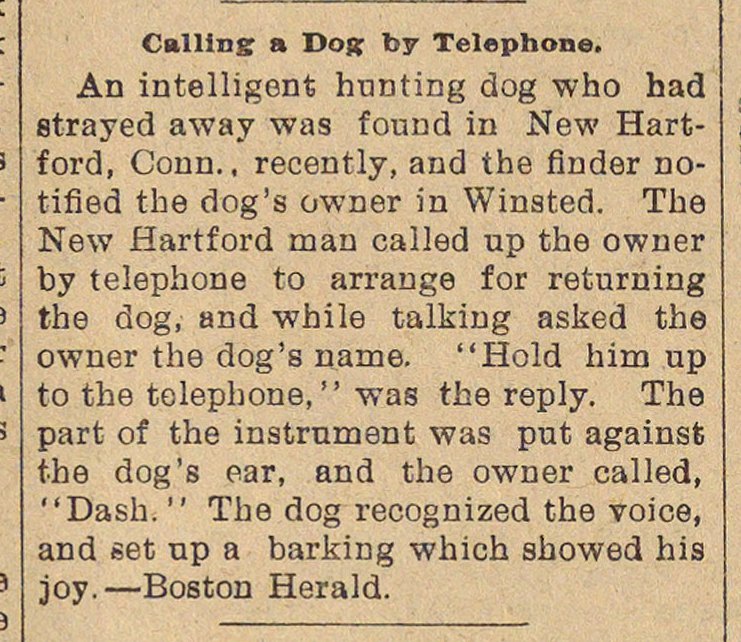 An intelligent hunting dog who had strayed away was fouud in New Hartford, Conn. , recently, and the finder notified the dog's owner in Winated. The New Hartford man called up the owner by telephone to arrange for retnrning the dog, and while talking asked the owner the dog's name. "Hold him up to the tolepbone, " was the reply. The part of the instrument was put againsfc the dog's ear, and the owner called, "Dash. " The dog recognized the voice, and set up a barking which showed his