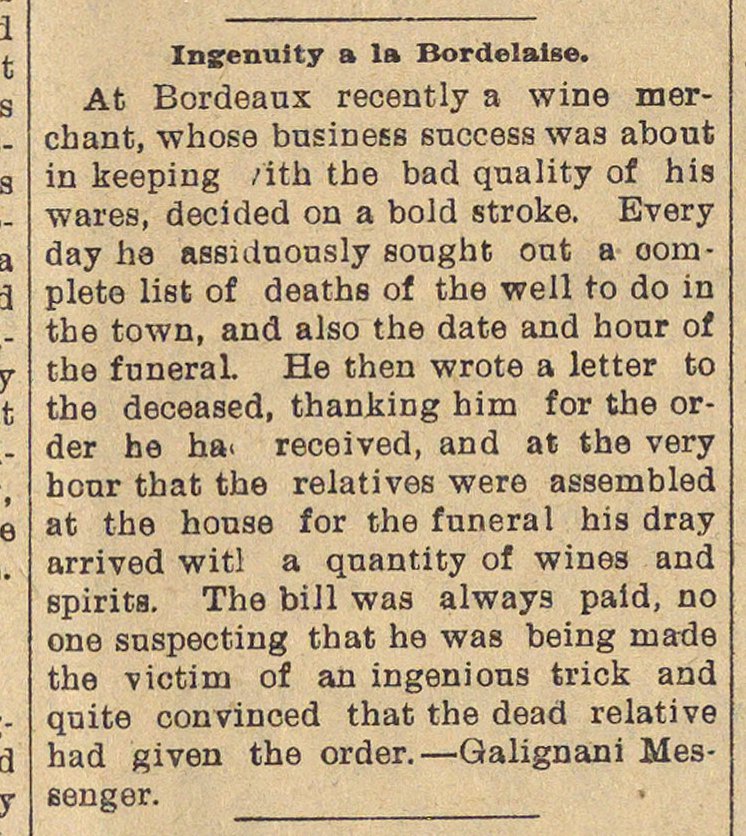 At Bordeaux reoently a wine merchant, whose business success was about in keeping nth the bad quality of his wares, decided on a bold stroke. Every day ha assiduously sought out a oomplete list of deaths of the well to do in the town, and also the date and hour of the funeral. He then wrote a letter to the deceased, thanking him for the order he hai received, and at the very hcnr that the relativos were assembled at the house for the funeral his dray arrived witl a qnantity of wines and spirits. The bill was alwaya paid, no one suspecting that he was being made the victim of au ingenions trick and quite convinoed that the dead relative