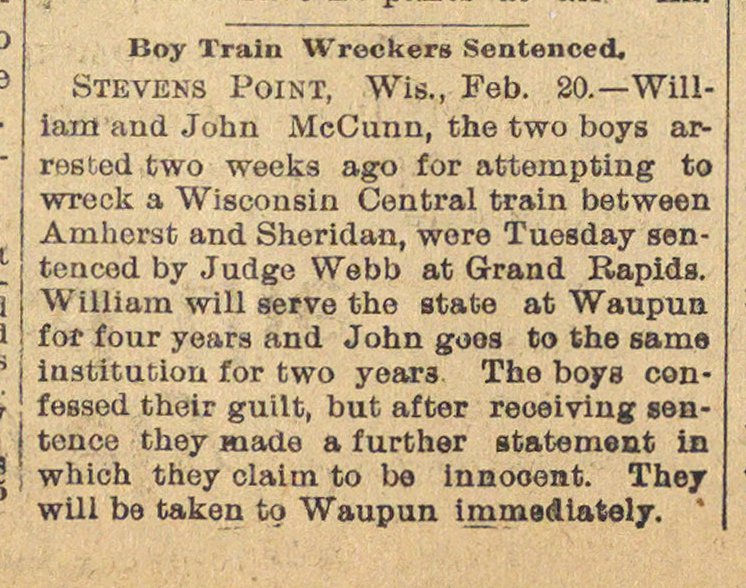 Stevens Point, Wis., Feb. 20.- William and John McCunn, the two boys arrested two weeks ago for attempting to wreek a Wiscousin Central train betweon Amherst and Sheridan, wore Tuesday sentenced by Judge Webb at Grand Rapids. Willium will serve the state at Waupua for four yeara and John goos to the sama i institución for two years The boys con1 fessed their guilt, but af ter reoeiving senI tence they made a f urther statement in which they claim to be lnnooent. They will be taken to Waupun immediately.