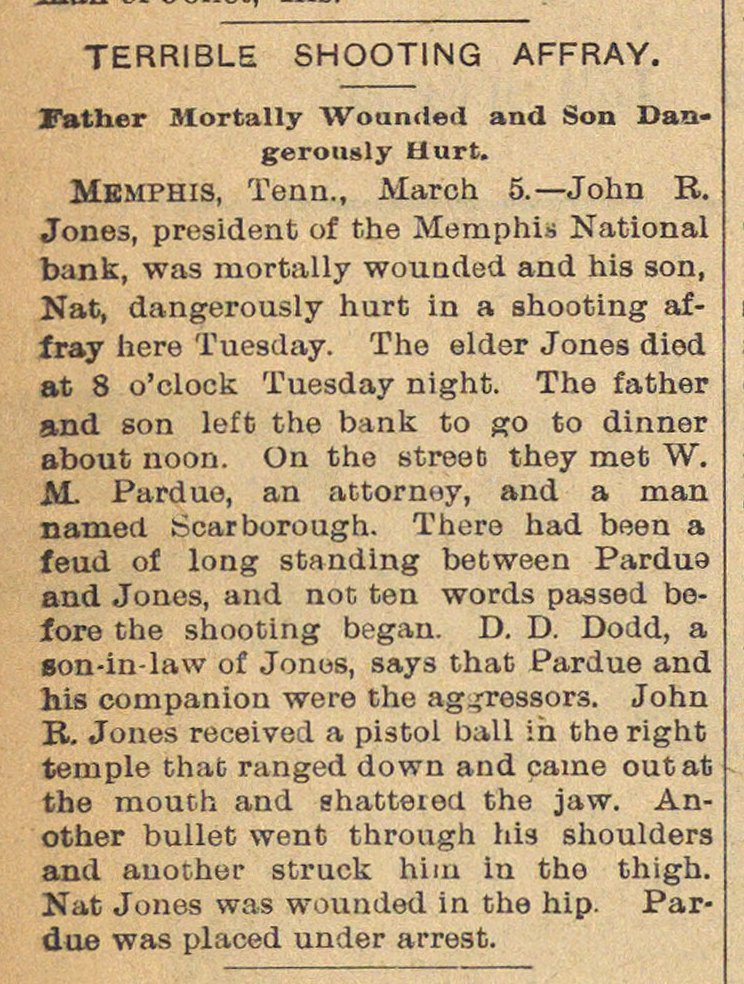 MEMPHIS, Tenn., March 5. - John R. Jones, president of the Memphiss National bank, was mortally wounded and his son, Nat, dangerously hurt in a shooting afíray here Tuesday. The eider Jones died at 8 o'olock Tuesday night. The father and son left the bank to go to dinner about noon. On the strest! they met W. M. Pardue, an attorney, and a man nameil Scarborough. Thcre had been a feud of long standing between Pardua and Jones, and not ten words passed boiore the shooting began. D. D. Dodd, a Bon-in-law of Jonos, says that Pardue and his companion were the agressors. John B. Jones received a pistol ball in the right temple that ranged down and caine out at the mouth and ehatteied the jaw. Another bullet went through his shoulders and auothör struck him in the thigh. Nat Jones was wounded in the hip. Pardue was placed under arrest.