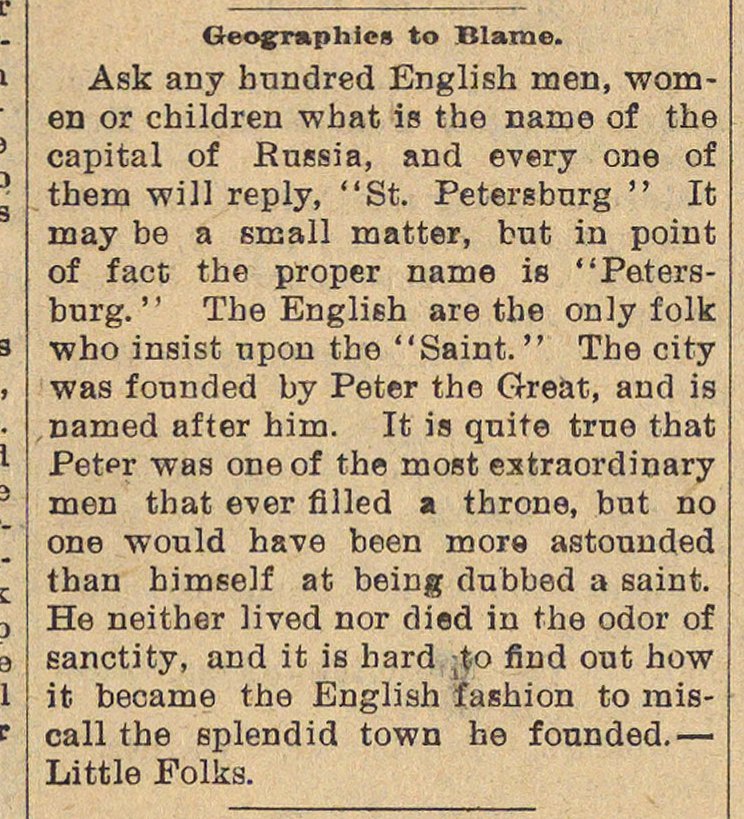 Ask any bundred Ënglish men, women or children v?bat is the name of the capital of Bnssia, and every one of them wil] reply, "St. Petersburg " It may be a small matter, but in point of face the proper name is "Petersburg." The English are the on ]y folk who insist npon the "Saint." The city was founded by Peter the G-reat, and is named af ter hira. It is quite trne that Peter was one of the most extraordinary men that ever filled a throne, bnt no one would have been more astounded than himself at being dubbed a saint. He neither lived nor diad in the odor of sanctity, and it is hard to find out how it became the English fashion to raiscall the BDlendid town he founded. -