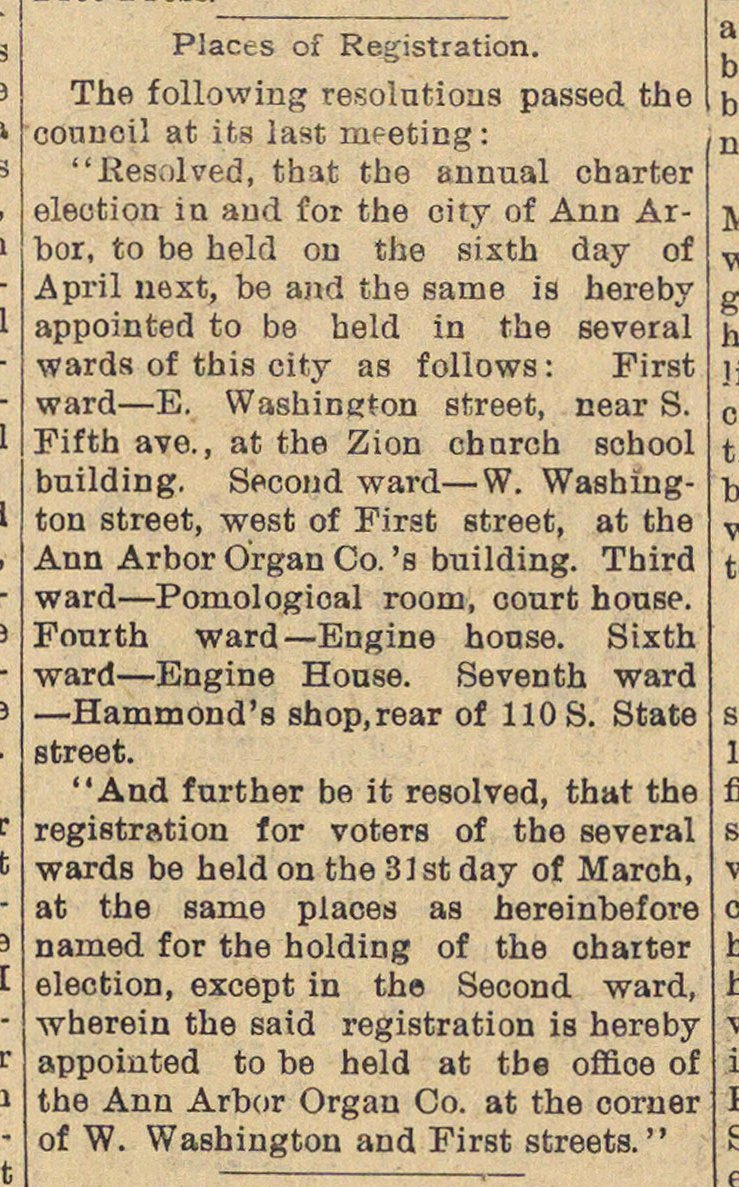 The following resolutioas passed the conuei' at ita last rupeting: ".Resolved, tbat the annual charter election ia and for the city of Arm Arbor, to be held on the sixth day of April next, be and the same is hereby appointed to be held in the several wards of this city as follows : First ward - E. Washington street, near S. Fifth ave., at the Zion chnrch school building. Second ward - W. Washington street, west of First street, at the Ann Arbor Organ Co. 's building. Third ward - Pomologioal room, court house. Fourth ward- Engine honse. Sixth ward - Engine Honse. Seventh ward - Hammond's shop.rear of HOS. State street. "And further be it resolved, that the registration for voters of the several wards be held on the 3] st day of Maroh, at the same places as hereinbefore nained for the holding of the ohaiter election, except in the Second ward, wherein the said registration is hereby appointed to be held at tbe offioe of the Ann Arbor Orgau Co. at the corner of W. Washington and First streets. "