The Whole World At War 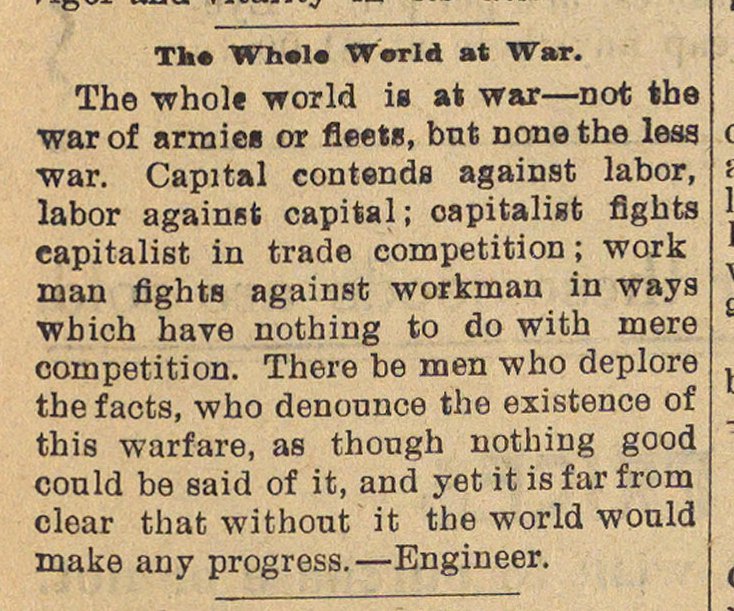 The whol -world is at war - not the war of armiei or fleets, but none the less ■war. Capital contends against labor, labor againaí capital; oapitaligfc fights eapitalist in trade competition ; work man flghts against workman in ways wbich have nothing to do with mere competition. There be men who deplore the f acts, who denotince the existence of thi8 warfare, as thongh nothing good could be 8aid of it, and yet it is far from clear that without it the world would make any