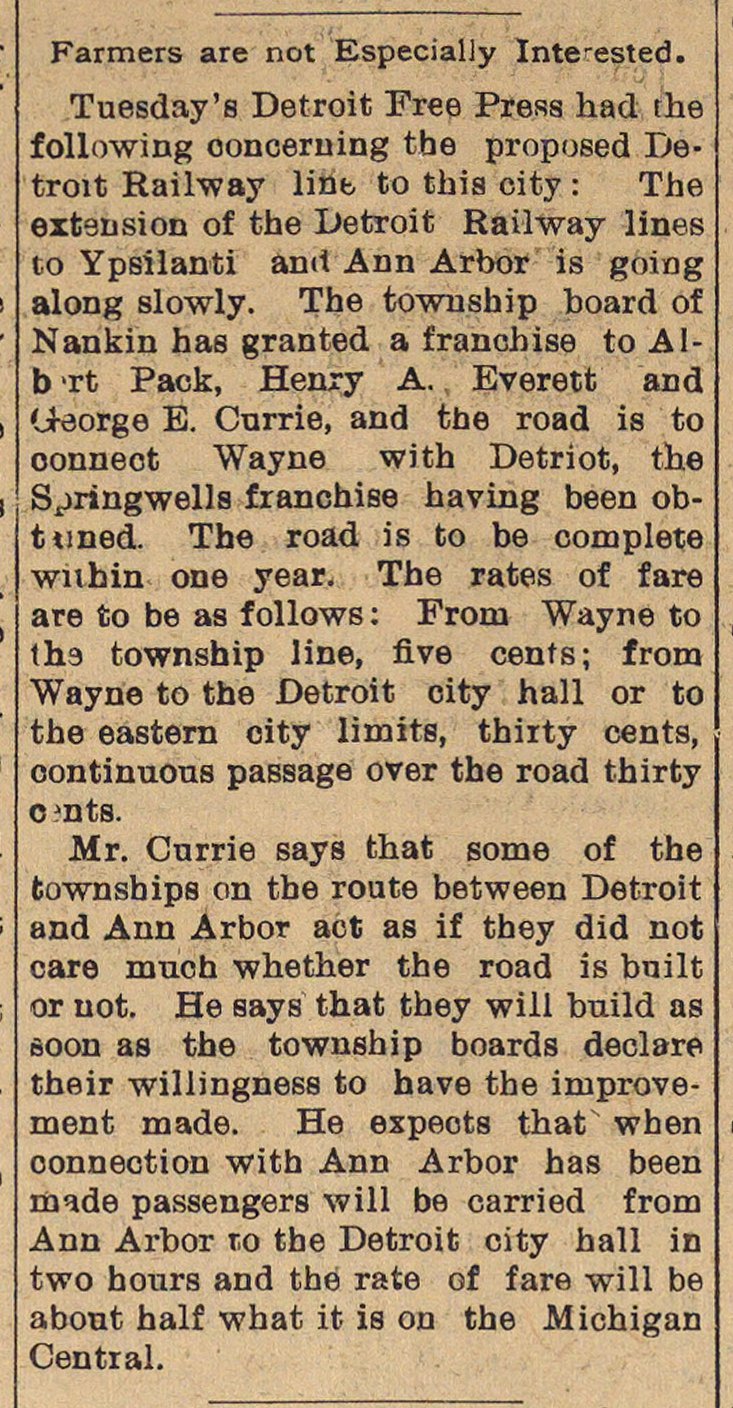 Tuesday's Detroit Free Press had the following oonceruing the proposed Detroit Railway lint to this city : The extensión of the Detroit Railway lines to Ypsilanti anit Ann Arbor is going aloDg slowly. The townsbip board oí Nankin has granted a franchise to Alfa Tt Pack, Henry A. Everett and 'J-eorge E. Currie, and the road is to oonneot Wayne with Detriot, the Springwells franchise having been obtined. The road is to be complete wnbin one year. The rates of fare are to be as follows: From Wayne to tha township line, five cents; from Wayne to the Detroit city hall or to the eastern city limits, thirty cents, oontinuous passage over the road thirty cnts. Mr. Currie says fchat some of the townsbips on the route between Detroit and Ann Arbor act as if they did not care muoh whether the road is bnilt or uot. He says that they will build as ooon as the township boards declare their willingness to have the improvement made. He expeots that" when oonnection with Ann Arbor has been made passengere will be carried from Ann Arbor r,o the Detroit city hall in two hours and thé rate of fare will be about half what it is on the Michigan Central.