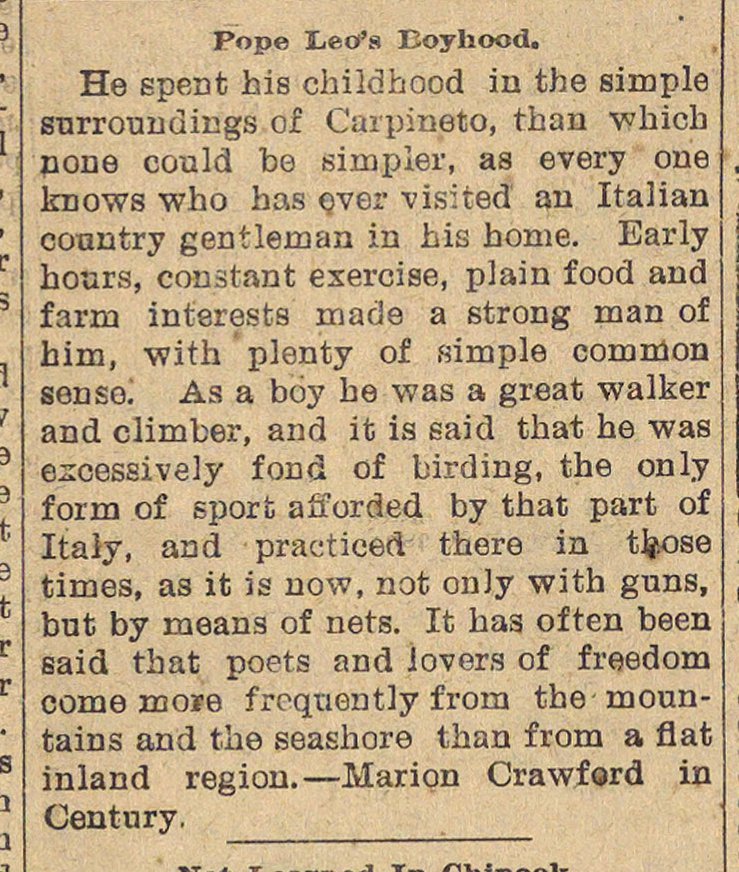 He spent his childhood in the simple snrrouiidirígs of Carpneto, than which none could be sinipler, as every one knows who has e.ver visited au Italian country gentleman in his home. Early hours, constant exercise, plain food and farm interests made a strong man of bim, with plenty of simple comrnon senso; As a boy he was a great walker and climber, and it is said that he was ecessively fond of birding, the only form of sporfc afforded by that part of Italy, and practiced there in tfeose times, as it is now, nat onJy with guns, bnt by raeans of nets. It haa often been said that poets and lovers of freedom come more frrquently from themountains and the seashore than from a flat