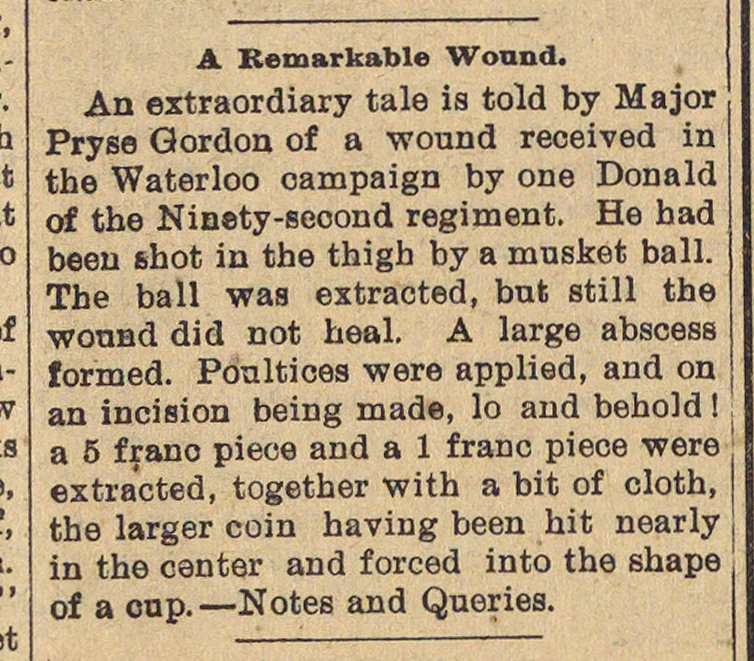 An extraordiary tale is told by Major Pryse Qordon of a wound reoeived in the Waterloo campaign by one Donald of the Ninety-seoond regiment. He had been shot in the thigh by a musket ball. The ball was extracted, bufc still the wonud did not heal. A large absoess formed. Ponltices were applied, and on an incisión being made, lo and behold ! . a 5 frano piece and a 1 franc piece were extracted, together with a bit of cloth, the larger coin having been hit nearly in the center and forced into the shape of a cup.