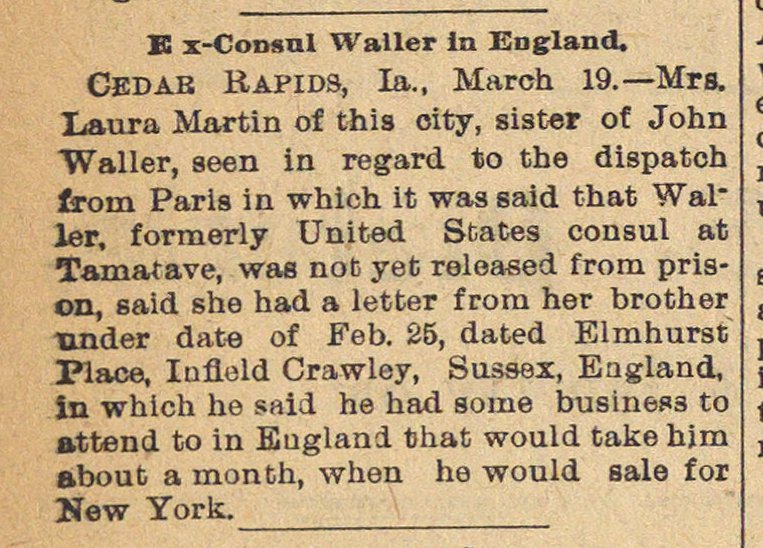 CEDAB Rapids, Ia., Maroh 19. - Mrs. Laura Martin of thi8 oity, sister of John Waller, seen in regard to the dispatoh trom Paris in which it was said that Wal" Ier, formerly United States consul at Tamatave, was not yet reloased from prison, said she had a letter from her brother ■onder date of Feb. 25, dated Elmhurst Place, Iufteld Crawley, Sussex, Eagland, in which he said he had aome busineü3 to attend to in Eugland that would take him about a month, when he would sale for New York.